I have really enjoyed this charming series, from the catchy titles to the wonderful kite and beach setting. It is one that calms me and leaves me with a smile each time. This one had some hooks that had me guessing then changing my mind. It was a well paced mystery and one that you will enjoy solving! 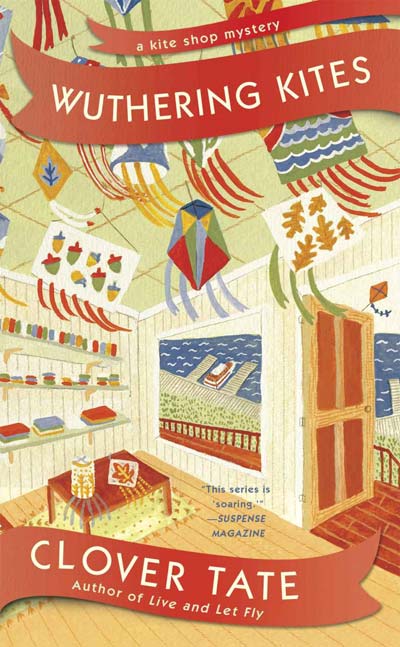 It’s nothing but blue skies ahead for Rock Point kite shop owner Emmy Adler. Strings Attached is thriving–even winning attention from a big-city reporter who wants to interview Emmy–and Emmy’s relationship with her main competitor, Jack Sullivan, is going strong.

But Emmy’s sunny outlook turns stormy when she finds a woman dead on the floor of the Strings Attached. When the sheriff eyes Jack as the main suspect after his kite charm turns up near the body, Emmy strikes up an investigation of her own. With Strings Attached’s safety breached and Jack’s whole family tangled up in the case, Emmy’s determined to track down the real killer before all her dreams get blown off course.

Clover Tate (Angela M. Sanders), writer of cozy mysteries featuring Emmy Adler, a kite shop owner in the fictional beach town of Rock Point, Oregon. In Blown Away, the first book of the series, Emmy has two life-altering experiences the same day. One is that she achieves her life’s dream by opening Strings Attached, a shop in the ground floor of a former Victorian home selling the artistic kites she creates. The other involves finding the body of a local chef washed in with the tide. Emmy has no choice but to get involved when her best friend is wrongly accused of murder.

You can find Clover on: 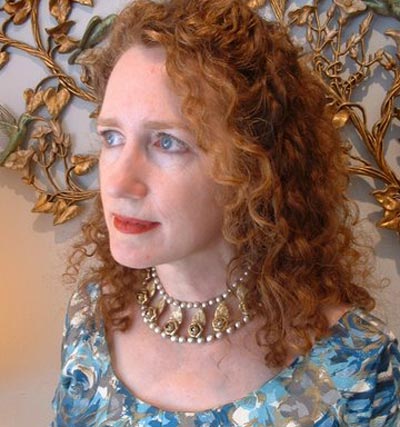 Rock Point is on the map in this mystery, Emmy certainly didn’t want to walk into a victim but now she has a murder to solve and it is hitting close to her heart. I like that we saw a new side of Jack and Emmy in this book and they take us on a wild sleuthing spree.

This cover is everything! I love the textures and colors of the kites in this cover. It is whimsical and yet modern in touches of patterns. It calls you to the beach or a sunny day of reading.

Jack is bringing his family around and I like this. We get some amazing yacht time in this book and the possibility for new ventures for Jack and Emmy. I thought that Jack having his family be a focus in this novel along with the murder was a nice touch that allowed readers to develop a new sense or thought of him.

Another fun mystery in this series, I ended with a solid moment of the light clicking on and I liked the climax in the final few scenes with the murderer. Emmy is as delightful as always and I was happy to share another story with her.