The Highlander Who Protected Me 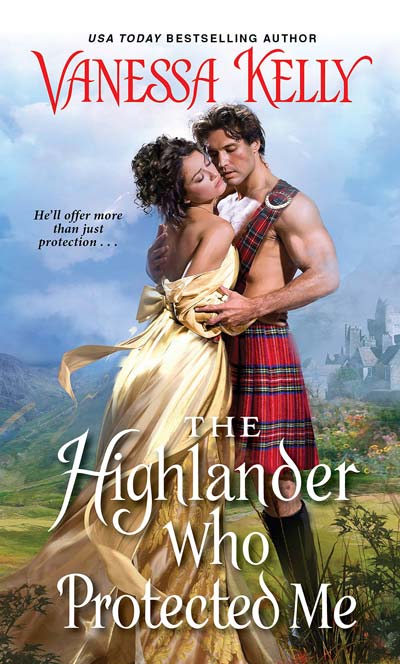 Bestselling author Vanessa Kelly returns with an enthralling new series about the men of the Kendrick clan—and the women who claim their hearts . . .

Lady Ainsley Matthews, heiress and darling of the ton, was expected to make a magnificent match. Instead she’s hiding on a remote Scottish estate, terrified that her vicious former fiancé will use her pregnancy to force her into marriage. One man can help her—Royal Kendrick, son of a distinguished Highland clan. Though a mistake drove them apart long ago, Royal is the only person Ainsley trusts to protect her baby—even if that means agreeing to never see either of them again . . .

Scarred in body and soul by war, Royal suddenly has a purpose—caring for an innocent babe and thereby helping the woman he can’t stop loving. But when Ainsley ultimately returns to Scotland, determined to be a real mother to her child in spite of the risk, there’s only one solution: marriage. And only one likely outcome: surrendering to the desire that’s simmered between them for so long, no matter how dangerous it may be . . .

Vanessa Kelly is the award-winning and USA Today bestselling author of The Improper Princesses series, The Renegade Royals Series and The Stanton Family series, in addition to other historical romances. Named by Booklist as one of the "New Stars of Historical Romance," she is a Maggie Medallion winner and is well known for developing vibrant Regency settings, appealing characters, and witty storylines that captivate readers.

When she's not dreaming up plots for her next Regency historical novel, Vanessa is writing USA Today Bestselling contemporary romance with her husband under the pen name of V.K. Sykes.

You can find Vanessa at VanessaKellyAuthor.com or at VKSykes.com. For all of Vanessa's latest news and contests--and to receive a free story--please sign up for her newsletter on her website. 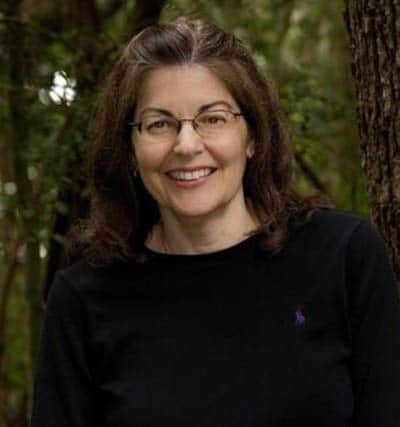 I love highlander romances, and this one reminded me why I enjoy these type of romance stories. It starts off a bit different from both our characters knowing each other. Royal is the man that I want to come to save me, I mean he is a total hunk with a kind soul underneath that very muscular appearance (even with a few feature flaws from war).  Ainsley is not a true damsel in distress but she does have a reason to be hiding. I liked her back story that came out through this book.

This was a great read, one with lots of passionate moments from our characters, and I’m not talking about romance scenes. Those were good too, but it was cool to see the interactions and lives come off the pages of this book. It was a great reminder that I love true romance stories and need to read more of them. As a first in a series, it sets the bar high for the rest of the books. And I look forward to the others in the series.

During the Blog Tour we will be giving away a print copy of Three Weeks with a Princess and The Highlander’s Princess Bride, plus a magnet, signed cover flats and a free digital download of the anthology, The Dukes of Vauxhall! To enter, please enter via the Gleam form below.

– Giveaway ends at 11:59pm EST on November 14th. You must be 18 or older to enter.
– Giveaway is open INTERNATIONALLY.
– Only one entry per household.
– All giveaway entrants agree to be honest and not cheat the systems; any suspect of fraud is decided upon by blog/site owner and the sponsor, and entrants may be disqualified at our discretion.
– Winner has 48 hours to claim prize or new winner is chosen.