The Death of a Falcon 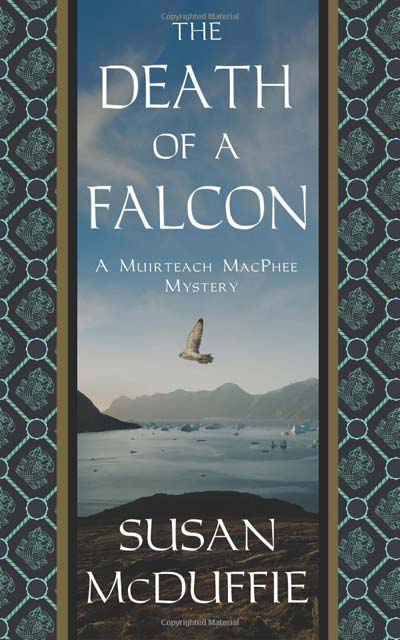 Scotland, 1375: Muirteach MacPhee and his wife Mariota visit Edinburgh Castle, assisting the Lord of the Isles in his negotiations with King Robert II. A trading vessel arrives at the nearby port of Leith from the far away Norse settlement in Greenland. The ship brings unexpected diversion and carries coveted wares: gyrfalcons, unicorn’s horns, and fine furs. Both King Robert and the Lord of the Isles desire the rare birds, easily worth a king’s ransom.
Muirteach and Mariota, unaccustomed to the sophistication of castle life, initially find pleasure in the heady and flirtatious glamor of the royal court. Then sudden and unexpected cruelty, followed by the senseless death of a beautiful young girl, plunge the couple into a murky sea of alliances and intrigue that stretches from Scotland across the icy western ocean to the far northern lands of the Norse, leaving trails of treachery and murder in its wake.

A fan of historical fiction since childhood, Susan McDuffie spent such vast amounts of time reading stories set in the past that she wondered if she had mistakenly been born in the wrong century. As an adult her discovery that Clorox was not marketed prior to 1922 reconciled her to life in this era.

Susan’s childhood interest in Scotland was fueled by family stories of the McDuffie clan’s ancestral lands on Colonsay and their traditional role as “Keeper of the Records” for the Lords of the Isles. Although Keeper of the Records may in fact have been a tedious position, it all sounded incredibly mysterious and intriguing to Susan. On her first visit to Scotland she hitchhiked her way through the Hebrides. Her initial visit to Colonsay and the Oronsay Priory ruins planted the seeds for her medieval mysteries.

Those seeds have grown into the Muirteach MacPhee mysteries, set in medieval Scotland during the Celtic Lordship of the Isles. The series includes A MASS FOR THE DEAD, THE FAERIE HILLS (2011 New Mexico Book Awards “Best Historical Novel”) and THE STUDY OF MURDER (New Mexico Book Awards Finalist 2014 in both Historical Fiction and Mystery categories). THE DEATH OF A FALCON, Muirteach’s next adventure, takes him to the Edinburgh court of Robert II in the company of Prince Henry Sinclair.

You can find Susan on: 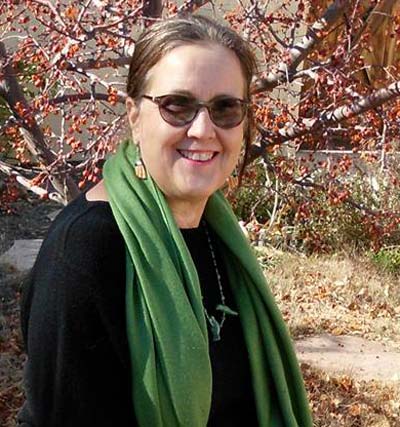 This is a book that any mystery fan should read. I am personally going to devour the entire series this summer. It has action, it has mystery and it is in Scotland! Oh did I mention, it is set in 1375 so we have history. Truly, what more could a book worm want?

I really loved the interactions and the scenes created in this story. I could feel the damp castle walls, and see Muirteach and Mariota searching for clues. How charming and epic are their names? I was certainly able to create visions of the story in my mind from the descriptive writing.

Scotland 1375, a time when there were Kings and their laws. It was a setting that had me eager to jump into more.

Overall, I was excited with this book. It was different and fresh for historical mysteries. It had a level of intrigue with the setting and characters. I finished this story in one day and it was one that I would read again.

Wednesday, April 18
Excerpt at What Is That Book About

Friday, April 20
Interview at Passages to the Past

Monday, April 23
Review at Pursuing Stacie
Feature at View from the Birdhouse

Wednesday, April 25
Feature at Maiden of the Pages

Saturday, April 28
Excerpt at Encouraging Words from the Tea Queen

Tuesday, May 1
Review at Bibliophile Reviews

Monday, May 7
Interview at Reading the Past

Tuesday, May 8
Review at Historical Fiction with Spirit

Thursday, May 10
Review at A Darn Good Read
Review at The Caffeinated Bibliophile

Friday, May 11
Review at Broken Teepee
Review at CelticLady’s Reviews