Not So Happily Ever After 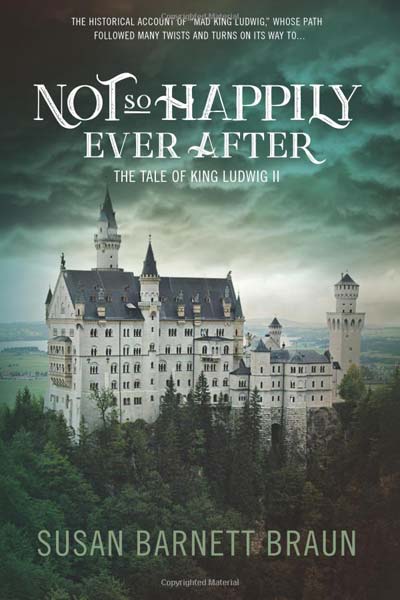 Think history is boring? Then you’ve never met King Ludwig II, who inspired Walt Disney with his magnificent Neuschwanstein Castle in the clouds. He ruled Bavaria for twenty-two years, inspiring its people by his support for the arts. Yet he was known by many as Mad King Ludwig. He rarely appeared in the capital or attended any government functions. He slept most of the day and stayed awake all night. He dined with his horse and waved pistols at servants. He created a fantasy world inside his castles, complete with caves and trap-door tables. To this day, no one is sure exactly what caused his untimely death in a lake.

Who was this man: fairy tale king? Insane eccentric? Mad King Ludwig’s life followed many twists and turns on its way to Not So Happily Ever After.

This King Ludwig II biography gives you the most interesting parts of his life without bogging down in details of wars, treaties, and changing boundaries of 19th-century German states. Its intended audience is young adults, but it is perfect for adults wanting to learn more about Ludwig also.

I first learned about King Ludwig II of Bavaria, Germany, while I was a high school German student. He fascinated me then, and he has continued to through several decades now.

Ludwig is a hero to the Bavarian people. In America, we too have our heroes: George Washington, Abraham Lincoln. But Ludwig was different. He was so eccentric and unusual that I found him impossible to ignore. As a teacher, I taught my students about this fascinating king each year. They, too, loved him. I decided to write Not So Happily Ever After so that teens could be introduced to Ludwig as I had been. However, since the book has come out, a majority of its readers have been adults.

What makes Ludwig so compelling? Oh, where to begin? There are many quirky anecdotes about him: he once invited his favorite horse to dinner in the palace, complete with china and crystal. Ludwig insisted on hiding behind large floral arrangements when he was forced to attend state dinners. He preferred to work at night and sleep during the day.

The king built wonderful castles. His most famous, Neuschwanstein, inspired even the talented Walt Disney. If you’ve visited Disneyland or Disney World, the castles at those parks are the Disney version of Ludwig’s real-life home.

Ludwig has an air of mystery too, continuing to his still-unexplained death. “I want to remain an eternal mystery to myself and others,” he once famously said.

You’ll have to read the book to learn more. I can pretty much guarantee that this king, who has been dead now for over 130 years, will pique your interest. I wouldn’t be a bit surprised if you decided to start planning a trip to Bavaria to see Ludwig’s castles in person once you finish reading …

Susan Barnett Braun grew up in the small town of Seymour, Indiana. She earned a BS in retail management from Indiana University and an MA in Elementary Education from the University of Alabama. She taught elementary school for eight years in northwest Indiana. During that time, she wrote grant proposals which won a Lilly Endowment Teacher Creativity Fellowship and a National Endowment for the Humanities Summer Study Scholarship, both on topics relating to European royalty.

Susan is married with three wonderful young adult daughters. She enjoys reading, playing piano and organ, and spending her time with her family and pets (currently three rabbits and a chinchilla). 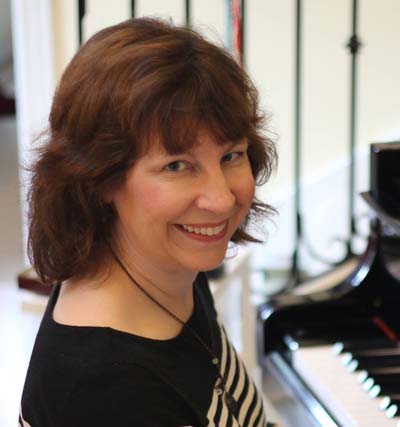 Bringing to life historical figures can be a challenge especially for Young Adults. This book does a nice job of coming to life for the reader and providing well-researched details to delight them into wanting to go past this book and research themselves. I felt as though many young readers will find themselves learning and enjoying it with this book. It is fascinating to learn more about King Ludwig II and his antics that made him stand still in history.

To celebrate her tour, Susan is giving away a grand prize of a world/globe necklace and a paperback copy of the book!!

Find out all the details and enter to WIN at Not So Happily Ever After Celebration Tour Giveaway.