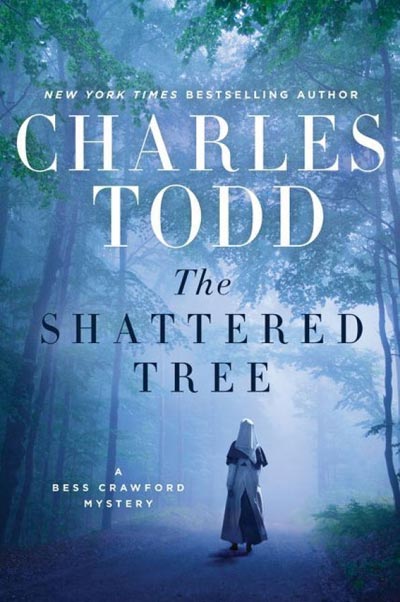 At the foot of a tree shattered by shelling and gunfire, stretcher-bearers find an exhausted officer, shivering with cold and a loss of blood from several wounds. The soldier is brought to battlefield nurse Bess Crawford’s aid station, where she stabilizes him and treats his injuries before he is sent to a rear hospital. The odd thing is, the officer isn’t British—he’s French. But in a moment of anger and stress, he shouts at Bess in German.

When Bess reports the incident to Matron, her superior offers a ready explanation. The soldier is from Alsace-Lorraine, a province in the west where the tenuous border between France and Germany has continually shifted through history, most recently in the Franco-Prussian War of 1870, won by the Germans. But is the wounded man Alsatian? And if he is, on which side of the war do his sympathies really lie?

Of course, Matron could be right, but Bess remains uneasy—and unconvinced. If he was a French soldier, what was he doing so far from his own lines . . . and so close to where the Germans are putting up a fierce, last-ditch fight?

When the French officer disappears in Paris, it’s up to Bess—a soldier’s daughter as well as a nurse—to find out why, even at the risk of her own life.

Charles and Caroline Todd are a mother-and-son writing team who live on the east coast of the United States. Caroline has a BA in English Literature and History, and a Masters in International Relations. Charles has a BA in Communication Studies with an emphasis on Business Management, and a culinary arts degree that means he can boil more than water. Caroline has been married (to the same man) for umpteen years, and Charles is divorced.

Charles and Caroline have a rich storytelling heritage. Both spent many evenings on the porch listening to their fathers and grandfathers reminisce. And a maternal grandmother told marvelous ghost stories. This tradition allows them to write with passion about events before their own time. And an uncle/great-uncle who served as a flyer in WWI aroused an early interest in the Great War.

Charles learned the rich history of Britain, including the legends of King Arthur, William Wallace, and other heroes, as a child. Books on Nelson and by Winston Churchill were always at hand. Their many trips to England gave them the opportunity to spend time in villages and the countryside, where there'a different viewpoint from that of the large cities. Their travels are at the heart of the series they began ten years ago.

Charles's love of history led him to a study of some of the wars that shape it: the American Civil War, WWI and WWII. He enjoys all things nautical, has an international collection of seashells, and has sailed most of his life. Golf is still a hobby that can be both friend and foe. And sports in general are enthusiasms. Charles had a career as a business consultant. This experience gave him an understanding of going to troubled places where no one was glad to see him arrive. This was excellent training for Rutledge's reception as he tries to find a killer in spite of local resistance.

Caroline has always been a great reader and enjoyed reading aloud, especially poetry that told a story. The Highwayman was one of her early favorites. Her wars are WWI, the Boer War, and the English Civil War, with a sneaking appreciation of the Wars of the Roses as well. When she's not writing, she's traveling the world, gardening, or painting in oils. Her background in international affairs backs up her interest in world events, and she's also a sports fan, an enthusiastic follower of her favorite teams in baseball and pro football. She loves the sea, but is a poor sailor. (Charles inherited his iron stomach from his father.) Still, she has never met a beach she didn't like.

Both Caroline and Charles share a love of animals, and family pets have always been rescues. There was once a lizard named Schnickelfritz. Don't ask.

Writing together is a challenge, and both enjoy giving the other a hard time. The famous quote is that in revenge, Charles crashes Caroline's computer, and Caroline crashes his parties. Will they survive to write more novels together? Stay tuned! Their father/husband is holding the bets. 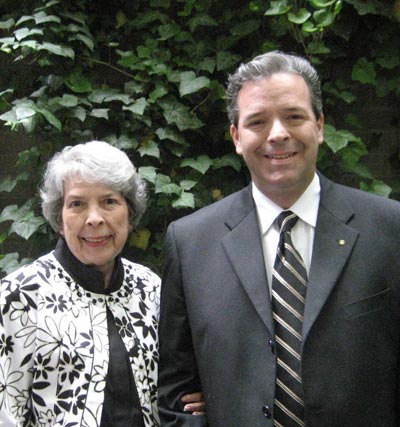 This was my first meeting with Bess. I was taken to the battle fields of war and heart break, aiding doctors and nurses to possibly help those that had been targeted by the enemy to heal and survive. I was thrown into a mystery, Bess and I both agreed that we weren’t looking for the mystery but this patient intrigued us. He stayed on the mind through his leaving to a Paris hospital and even when Bess got bravely injured. I was her partner through the book.

Bess Crawford is the fictional friend, I never knew I needed in a mystery series. Click To Tweet

It has been a long time since I felt that I was right there with a character, a ghost character. I was a nurse in a ghost form. Helping, hurdling through tasks and having my sense assaulted through words.  Bess became my hero, she wanted to figure out the equation that wasn’t adding up to the mystery man. The plot twists and secondary characters were wonderful, keeping me enticed with their opinions or actions.

I hadn’t read any of the previous books in the Bess Crawford Mysteries,  I plan to remedy this quick. Charles Todd created the perfect book to take the reader to the forefront of war, and mystery. Take a turn back in time, become the ghost of the past.

Tell me what is your favorite historical mystery setting?

The Tour is excited to have a giveaway provided for the readers. Please feel free to enter the contest for your chance to win a Print Copy of The Shattered Tree.