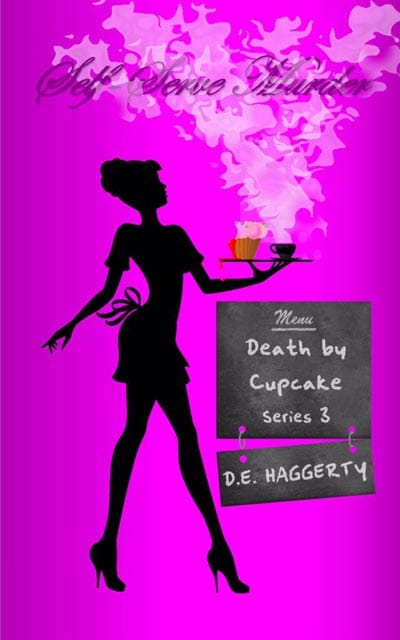 Book 3 in the Death by Cupcake series. Can be read as a standalone.

Kristie is kind with a capital K, so it’s quite the surprise when she wakes up next to a dead man with no recollection of the previous night. Even worse? She’s naked. Kristie may be a sweetheart out to save the world, but sticking her nose into an investigation of rapes across campus makes her the target of a murderer. Before she knows it, Callie is smack dab in the middle of a murder investigation with her colleagues Callie and Anna. If that’s not enough to drive a sane person up the wall, a friend has decided he’s going to keep her safe whether she wants him to or not. And, oh yeah, he’s her man and that’s that.

Come join us at Callie’s Cakes, where murder investigations are on the menu. You are most welcome, but you may need to serve yourself as our barista Kristie is busy trying to save the world.

Warning: Although there are plenty of moments that will make you shake your head and laugh at the antics of the ladies of Callie’s Cakes, the subject matter – rape on college campuses – is very real and somewhat darker than your usual cozy mystery. 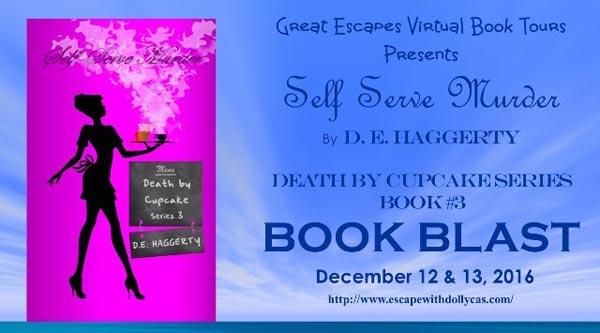 I grew up reading everything I could get my hands on from my mom's Harlequin romances to Nancy Drew to Little Women. When I wasn't flipping pages in a library book, I was penning horrendous poems, writing songs no one should ever sing, or drafting stories which have thankfully been destroyed. College and a stint in the U.S. Army came along, robbing me of free time to write and read, although I did manage, every once in a while, to sneak a book into my rucksack between rolled up socks, MRIs, t-shirts, and cold weather gear. After surviving the army experience, I went back to school and got my law degree. I jumped ship and joined the hubby in the Netherlands before the graduation ceremony could even begin. A few years into my legal career, I was exhausted, fed up, and just plain done. I quit my job and sat down to write a manuscript, which I promptly hid in the attic after returning to the law. But being a lawyer really wasn’t my thing, so I quit (again!) and went off to Germany to start a B&B. Turns out being a B&B owner wasn’t my thing either. I decided to follow the husband to Istanbul for a few years where I managed to churn out book after book. But ten years was too many to stay away from ‘home’. I packed up again and moved to The Hague where I’m currently working on my next book. I hope I’ll always be working on my next book 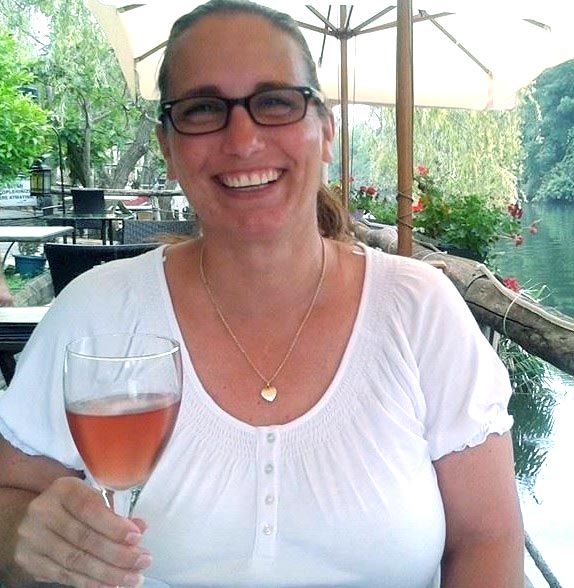 Have you ever seen the Golden Girl where Rose wakes up with her date, and her date is dead. But she doesn’t want anyone to know that she had a man stay over and then Sophia comes into the kitchen and tells everyone that there is a dead man in Rose’s bed? Well, that is how I pictured this storyline (minus the Golden Girls).

Kristie wakes up with a dead guy and NOT in the best way. I have to say this was a first for me in a cozy. I haven’t read a story that has this as a prime scene. I really enjoyed it, though I was as concerned as Kristie was with her uncomfortable scene. She handled it better than I would.

Callie, and Anna are dragged into helping solve this murder mystery. What supportive friends Kristie has, they are willing to go above and beyond on the mystery scene. I really enjoyed their character interactions. I will be adding the rest of this series to my TBR list.