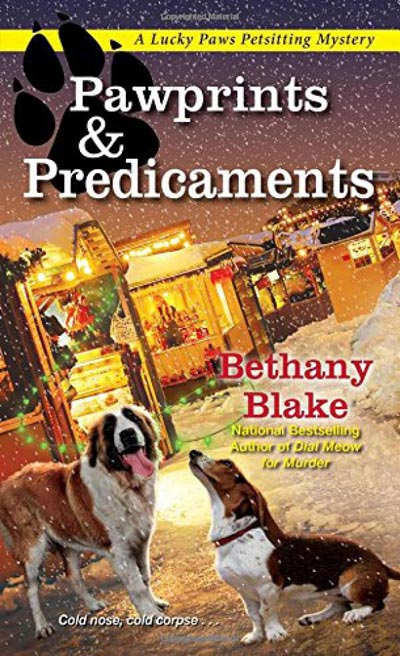 The Tail Waggin’ Winterfest is the highlight of the season in the famously pet-friendly Pocono Mountains town of Sylvan Creek. But despite attractions like an ice sculpture display, a dogsled race, and gourmet hot chocolate, Daphne Templeton finds herself annoyed by TV producer Lauren Savidge, who’s filming the festivities. She’s critical, controlling, and as chilly as the January air. Daphne would like to tell her to go jump in a lake—and as a matter of fact, that’s exactly what they’re both going to do . . .

It’s the first-ever polar bear plunge in Lake Wallapawakee, and Daphne and Lauren are among the eighty or so people who charge into the frigid water to raise funds for animals in need. Daphne makes it back to shore—with the help of a mysterious St. Bernard—but Lauren is dragged out stone cold dead. Now, with her trusty basset hound Socrates at her side, Daphne intends to assist Detective Jonathan Black in his investigation—whether he wants her to or not . . .

Bethany Blake lives in a small, quaint town in Pennsylvania with her husband and three daughters. When she's not writing, cooking for pets and people or riding horses, she's wrangling a menagerie of furry family members that includes a nervous pit bull, a fearsome feline, a blind goldfish, and an attack cardinal named Robert. Like Daphne Templeton, the heroine of her Lucky Paws Mysteries, Bethany holds a Ph.D. and operates a pet sitting business called Barkley's Premium Pet Care. 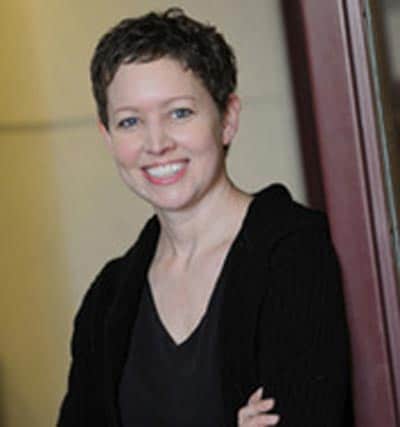 Daphne Templeton is back and she is bringing the fierce to this mystery!  I have been enjoying this series from the start, and can honestly say it keeps getting better. Readers can plunge into a chilling mystery and with some help of furry friends solve the mystery before they freeze!

Daphne Templeton and Socrates are back. I truly love this dog. Sorry Daphne, but truly he is the best character in my mind. Daphne is amazing as a sleuth however, with her keen sense for murder and solving the puzzles. She is a delight to readers and other characters. It is easy to engage with the characters that Bethany creates, each has a personality that you won’t forget.

My feet felt the cold of the icy water when I started that, and burr was right! I do have to say I was shocked by the murderer. I personally didn’t see that coming and the climatic moment was perfect. I always enjoy when I read Daphne solving the mystery.

This was a first for me, a mystery with a polar bear plunge. It was a nice background to the mystery and something that can easily be seen in a reader’s mind.

These mysteries are always great, characters and themes. A reader can’t get bored with Daphne and Socrates as they are both charming and delightful. This mystery was the best yet, and had a wonderful plot and many moments of “who done it’. I won’t tell but would love to know if you guessed the culprit?

To win a copy of the book comment on this post! For an extra entry share it on social media and tell me in the comments where you shared it!

Set of the Lucky Paws Petsitting Mysteries and some swag! U.S. ONLY Click HERE for your entry to the 2nd giveaway!