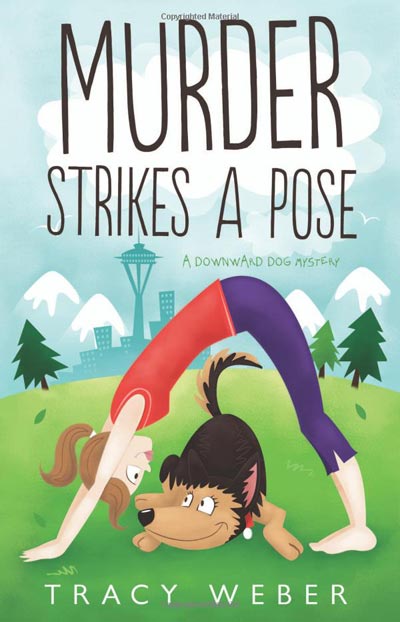 When George and Bella―a homeless alcoholic and his intimidating German shepherd―disturb the peace outside her studio, yoga instructor Kate Davidson’s Zen-like calm is stretched to the breaking point. Kate tries to get rid of them before Bella scares the yoga pants off her students. Instead, the three form an unlikely friendship.

One night Kate finds George’s body behind her studio. The police dismiss his murder as a drug-related street crime, but she knows George wasn’t a dealer. So Kate starts digging into George’s past while also looking for someone to adopt Bella before she’s sent to the big dog park in the sky. With the murderer nipping at her heels, Kate has to work fast or her next Corpse Pose may be for real.

Winner of the 2014 Dog Writers Association Award in the category of Fiction, Mystery or Humor!

“Cozy fans will eagerly await the next installment.”―Publishers Weekly

“Murder Strikes a Pose, by Tracy Weber, is a delightful debut novel featuring Kate Davidson, a caring but feist yoga teacher . . . Namaste to Weber and her fresh, new heroine!”―Penny Warner, author of How to Dine on Killer Wine

“[T]his charming debut mystery . . . pieces together a skillful collage of mystery, yoga, and plenty of dog stories against the unique backdrop of Seattle characters and neighborhoods. The delightful start of a promising new series. I couldn’t put it down!”―Waverly Fitzgerald, author of Dial C For Chihuahua 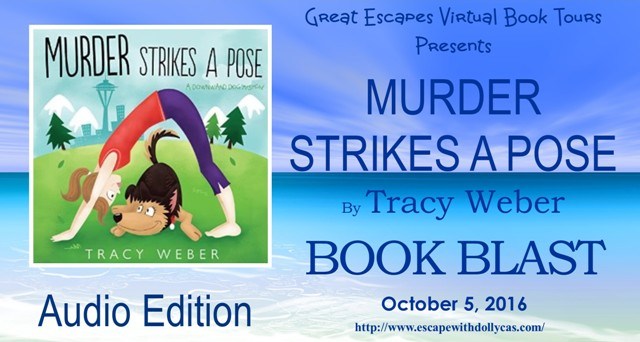 Tracy Weber is the author of the award-winning Downward Dog Mysteries series featuring yoga teacher Kate Davidson and her feisty German shepherd, Bella. Tracy loves sharing her passion for yoga and animals in any form possible. Her first book, Murder Strikes a Pose won the Maxwell Award for Fiction and is a 2015 Agatha award nominee for Best First Novel. The third book in her series, Karma's a Killer, was released January, 2015 by Midnight Ink.

Tracy and her husband live in Seattle with their challenging yet amazing German shepherd Tasha. When she's not writing, Tracy spends her time teaching yoga, walking Tasha, and sipping Blackthorn cider at her favorite ale house.

Sign up for her monthly newsletter including mystery recommendations, yoga tips, and series news.

Tracy loves connecting with readers! Feel free to visit her at TracyWeberAuthor.com, friend her on Facebook, or e-mail her. 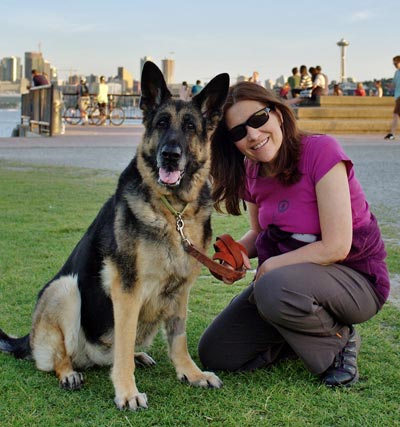