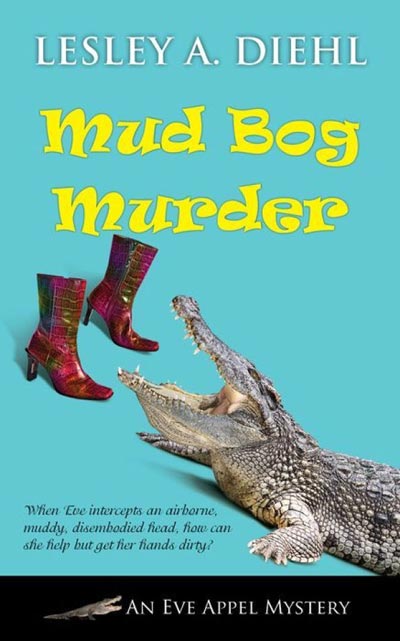 I am honored to spotlight this new release by one of my favorite authors, Lesley A. Diehl. Great Escapes Virtual Book Tours, is hosting a 14 day long tour for the new release! I hope each of you take the opportunity to check out Mud Bog Murder.

When Jenny McCleary leases her property to be ravaged by the annual mud bog races, the small rural town of Sabal Bay, Florida, is divided into warring camps: environmental activists versus monster truck fans. Jenny, who frequents the consignment store owned by Eve Appel and her friend Madeleine, doesn’t seem to mind when Eve and Madeleine join the protesters the day of the races.

During the race, Eve catches Jenny’s airborne head after it is tossed into the air by the wheels of a truck. Now every protester is a suspect in Jenny’s murder. What’s left of her alligator-gnawed body is found near the air-boat business of Eve’s Miccosukee Indian friends, Sammy Egret and his grandfather. When more evidence turns up nearby, Grandfather is arrested.

Even without the disembodied head, Eve has her hands full. The town resents her role in the protests and is boycotting the consignment shop on wheels. She is torn between two men–GQ-handsome, devoted PI Alex and tall, dark, and exotic Sammy. Jenny’s sweet and needy teenage daughter is dating a petty criminal. Will Eve and Madeleine ever be able to move into their new digs? Not unless the town forgives them. And not if whoever decapitated Jenny gets to Eve before she and her sleuthing buddies solve the mystery.

Lesley retired from her life as a professor of psychology and reclaimed her country roots by moving to a small cottage in the Butternut River Valley in upstate New York. In the winter she migrates to old Florida—cowboys, scrub palmetto, and open fields of grazing cattle, a place where spurs still jingle in the post office, and gators make golf a contact sport. Back north, the shy ghost inhabiting the cottage serves as her writing muse. When not writing, she gardens, cooks and renovates the 1874 cottage with the help of her husband, two cats, and, of course, Fred the ghost, who gives artistic direction to their work.

She is author of several mystery series, all featuring country gals with attitude: the microbrewing mystery series set in the Butternut Valley of upstate New York—A Deadly Draught and Poisoned Pairings; the Big Lake Murder Mystery series—Dumpster Dying and Grilled, Chilled and Killed; and the Eve Appel Mysteries Series,A Secondhand Murder and Dead in the Water. Untreedreads publishes her short stories as well as a novel length mystery, Angel Sleuth. Her most recent mystery is Murder is Academic.

To learn more about Lesley and her books and stories visit her: 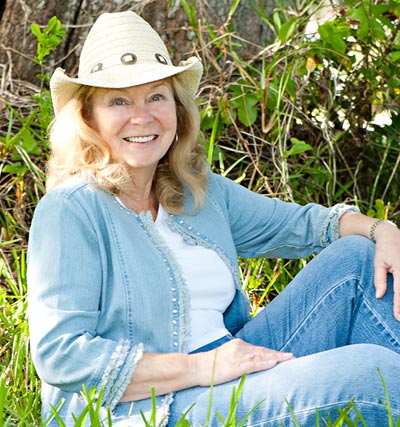 September 4 – Cozy Up With Kathy – INTERVIEW

September 11 – Escape With Dollycas Into A Good Book – SPOTLIGHT