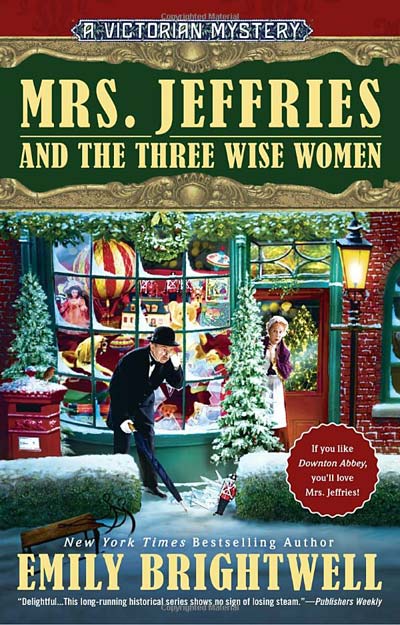 Mrs. Jeffries returns for the holidays in the latest mystery in the New York Times bestselling Victorian series.

Christopher Gilhaney isn’t a popular man, and he proves why once again when he insults every guest at Abigail Chase’s Guy Fawkes Night dinner party. When Gilhaney is shot dead under the cover of the night’s fireworks, his murder is deemed a robbery gone wrong. But when the case hasn’t been solved six weeks later, Inspector Witherspoon is called upon to find the killer–and quickly!

With Christmas almost here, Inspector Witherspoon and everyone in his household is upset at the possibility of having to cancel their holiday plans–all to solve a case that seems impossible. Only Luty Belle, Ruth, and Mrs. Goodge refuse to give up and let the crime become a cold case. In fact, the American heiress, the charming next-door neighbor, and the formidable cook use all of their persuasive powers to get the others on board, because these three wise women know justice doesn’t take time off for Christmas.

Justice doesn’t get time off for Christmas-Emily Brightwell


When I sat down to write Mrs. Jeffries and the Three Wise Women coming up with the plot was the easy part, but what I didn’t realize was that as I wrote the novel, I was also delving into the true motivations of three of my characters.  Old friends, people I thought I knew like the back of my hand since I’d been writing about them for years suddenly began behaving in a way that revealed hidden depths to their characters.

Luty Belle Crookshank, Lady Cannonberry and Mrs. Goodge, my three wise women become the conscience of the Witherspoon circle when the others don’t want their Christmas ruined because of a murder.  For goodness sakes, it’s a cold case; a killing that had been done six weeks earlier and the murderer is probably long gone. For once, they’ve all got plans for the holiday and having to solve a murder would ruin everything.

But the three wise women know that justice doesn’t take a holiday.  So when appealing to everyone’s better nature doesn’t work, they come up with a way to manipulate their friends into doing their duty.  That’s right, these three ladies become crafty schemers in their quest to prod the others into doing the right thing.

It was fun to see that side of their characters pop onto the page.  But then I asked myself why these three, all of whom came from very different backgrounds, would have the same burning desire to make sure that a dead man, someone they’d never met, would find justice?  Then it hit me, despite their diverse pasts, all of them had seen the horrifying consequences of injustice gone unchecked.

Lady Cannonberry was the daughter of a country vicar and took Christ’s admonition to love thy neighbor as thyself very seriously.  In her youth, she’d witnessed how the poor were treated, seen them driven out of the homes and forced in factory jobs. She’d seen the misery of working twelve or fourteen hours a day for wages that kept them living in hovels and their children hungry.  As a child, she had witnessed one of the last transports of convicts sent off to the western coast of Australia and had watched the anguish of families separated forever.

Luty Belle Crookshank married an Englishman and together she and her husband had made a fortune mining silver in Colorado and Nevada.  They worked hard but along the way, Luty saw that hard work was no guarantee that life would treat you fairly. It instilled in her a sense that if the universe wasn’t fair then it was up to humanity to step up and do the right thing.  She knew it was impossible to level the playing field completely, but after watching an innocent seventeen year-old boy get hung for a crime he didn’t commit, she vowed that if she ever got the chance, she’d make sure no one was ever unjustly convicted.  When she met the Witherspoon household and Mrs. Jeffries in particular, she got her chance.

Mrs. Goodge has spent a lifetime living in other people’s house, cooking for the high and mighty, the aristocrats and the bankers.  But along the way, she’d watched as young footmen had been tossed out into the street for improperly polishing a shoe or a housemaid had been sent off without a reference because she’d accidentally broken a lamp or caught the attention of the young master.  For years, the cook had simply told herself that was the way the world worked and there was nothing anyone could do about it. But then she’d come to work for the Inspector and everything had changed. She’d realized that individuals can do something to right the injustices of the world and more importantly, that they should do something.

These three women were shaped by different backgrounds and even different cultures yet all of them have the same burning need to right the wrongs of the world and make sure that justice is always served.  Now don’t get me wrong, most of the time, the rest of the Witherspoon household and their friends feel the same way, but sometimes, they give in to their own selfish desires. But occasionally, we all act that way.  That’s why wise women are so very important; they remind us that justice never takes a holiday.

Emily Brightwell was born in the Appalachian mountains of West Virginia. Her family moved to Southern California in 1959 and she grew up in Pasadena. After graduating from California State University Fullerton, she decided to work her way around the world and started in England. She didn't get any further because she met future her husband there, got married and moved back to California. While living in Long Beach, she decided to pursue her dream and become a writer - despite having two children and a full-time job. She began the Mrs. Jeffries series in 1993 with "The Inspector and Mrs. Jeffries" and has written thirty-five more mysteries in the series in the following twenty-four years. The latest book is "Mrs. Jeffries and the Three Wise Women" - published October 2017. Now that her children are grown and have left home - Emily and her husband live in Northern Nevada. Her books have sold in the United Kingdom, Japan, and Hungary. 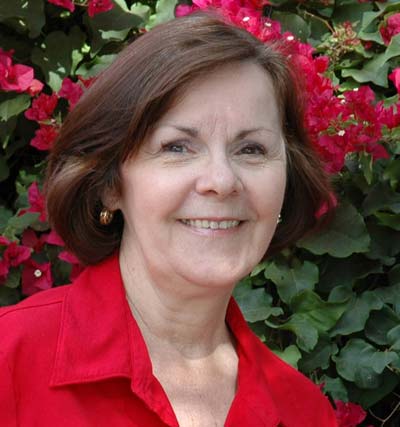 This is book 36 in a series that I have only recently discovered but love dearly. It host the Victorian charm that many enjoy in period mysteries. Mrs. Jeffries is not only a smart lady but also kind and truly looks after the household in many ways. I love the Christmas theme to this novel as we are headed to the holiday season in a few short months.

So many wonderful characters but I am a huge fan of Mrs. Jeffries. She is an old hat at solving mysteries with Inspector Witherspoon and the entire household staff. I really like that the Inspector takes these people into the mystery with him and allows them to shine. It is a charming characteristic to him. Mrs. Jeffries is a character that forms in the mind as a delightful new character, then quickly becomes a friend. All these characters have similar effects on this reader. I felt at home in this book even with the decades/centuries between us and of course the plain fact that I couldn’t solve a mystery as well as they do!

I suggest looking at this series and seeing how all the covers just flow together. This one is right up in my top five favorites, ever. I really love the holiday scene. I am smitten with it in fact. The cover has Jeffries and Witherspoon on it allowing for a reader to truly see what they could look like.

I would say a frustrating moment was when the case was handed to Witherspoon. Six weeks went by on this case before we were given a true chance to solve it (okay maybe a few pages for the reader). When you hit the pavement/cobblestone streets for clues it is a challenge but one I was eager to accept. I was sad that the holidays got turned upside down, but the devotion the characters have to each other makes a heart feel warm.

Overall, I would say that fans of period mysteries, and Victorian era settings will find this series to be a perfect fit. I could easily read this series in a weekend, but I love when I can savor the books. This one was a favorite, and will leave me ready for the next. I can’t believe that I haven’t known Mrs. Jeffries until these past few months. I encourage readers to find comfort and joy in this mystery that takes you on an adventure through time, and allows you to help solve a “cold” case.

Let’s talk the murder victim of the story, why do you think a victim that was disliked by many could end up being killed? Besides being mean.

I am eager to give away a copy of this wonderful book! Answer the question above by 9/28/18 for your chance to win!