When her sleepwalking aunt is accused of committing murder, Poppy McAllister finds out there’s no rest for the weary . . .

Between trying to get her gluten-free baking business off the ground and helping her aunt remodel her old Victorian into the Butterfly House Bed and Breakfast in Cape May, New Jersey, Poppy is ready to call, “Mayday!” And now Aunt Ginny—who’s a handful wide-awake—is sleepwalking on her new sleeping pill prescription and helping herself to neighbors’ snacks and knickknacks.

Even more alarming, a local humanitarian who worked with troubled teens is found murdered, and the police suspect the “Snack Bandit.” Other than a bad case of midnight munchies and some mild knickknack kleptomania, Aunt Ginny is harmless. Someone’s trying to frame her. Poppy will need to work tirelessly to uncover the killer and put the case to rest—before Aunt Ginny has to trade in her B & B for a bunk bed behind bars . . .

Libby Klein graduated Lower Cape May Regional High School sometime in the '80s. Her classes revolved mostly around the culinary sciences and theater, with the occasional nap in Chemistry. She has worked as a stay at home mom, climbing the ladder up the ranks to the coveted position of Grandma. She also dabbles in the position of Vice President of a technology company which mostly involves bossing other people around, making spreadsheets and taking out the trash. She writes from her Northern Virginia office while trying to keep her cat Figaro off her keyboard. Most of her hobbies revolve around eating, and travel, and eating while traveling. 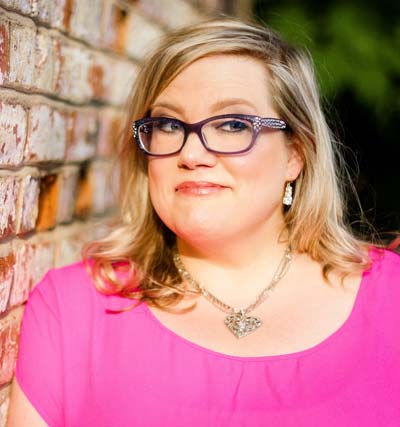 I can say it wasn’t murder to read this mystery. It was delightful, delicious and so engaging. One thing about this author is the way she creates a scene. It doesn’t just have to be a sleep walking aunt, it is this detailed and cute character that you will think of more than just once. It’s a mystery that keeps you coming back for more.

Cover judgment: I wanted to jump into the cover and eat the pie. Plus the kitty is an extra bonus to this cat lover.

Cape May was a second home to me for many summers. I loved the beauty and the scent of this charming community. It doesn’t stray to far from the quaint and eccentric moments the characters have in this book.

This was a hit out of the ball park for me! It had the best who-done-it, I love Poppy and the others in this book. I also really loved the family connection that drove the reason for Poppy to solve this murder! And if that doesn’t all make you want to read the book, the food is so so so yummy. I hope you enjoy!

To celebrate her tour, Libby is giving away (2) Print Copy – Midnight Snacks are Murder (A Poppy McAllister Mystery) by Libby Klein Find out all the details and enter to WIN at Midnight Snacks Are Murder Tour Giveaway.