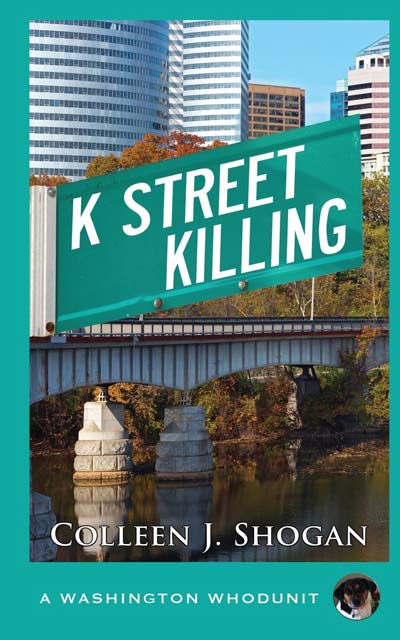 It’s the height of campaign season, and instead of relishing newlywed bliss with her husband Doug Hollingsworth, Capitol Hill staffer Kit Marshall is busy with a tough reelection fight for her boss, member of Congress Maeve Dixon. Before Maeve and her staff–Kit included–leave Washington, D.C. to campaign full time in North Carolina, they have one last fundraising engagement.

On the iconic rooftop of a restaurant overlooking the Capitol and the Washington monument, Kit and her best pal Meg do their best to woo wealthy lobbyists for sizable campaign donations. Everyone’s enjoying the evening soiree until a powerful K Street tycoon mysteriously tumbles off the rooftop. Even with claims the fall must be suicide, Detective Maggie Glass and Kit aren’t so easily convinced foul play isn’t at work. While balancing Doug’s mid-life career crisis, Kit must spring into action to discover who killed the notorious Van Parker before Dixon’s candidacy sputters, even if it means investigating Meg’s handsome new beau, the victim’s conniving widow, and a bicycle advocate hell-bent on settling a long-standing grudge. When threatening note is left on Kit’s car, warning her to back off the investigation, she knows she’s closing in on the true story of what happened.

Book 4 of the Washington Whodunit series, which began with Stabbing in the Senate.

Disclaimer: All Characters Appearing in This Work are Fictitious (Except One)

One of the most frequent questions I get about my Washington Whodunit mystery series is whether the characters that appear in my novels are based upon real people.

The answer is no – with one notable exception. One of the stars of my books is Clarence the beagle mutt, owned by my amateur sleuth protagonist Kit Marshall and her husband Doug. Clarence strongly resembles my own dog, Conan. In fact, Clarence is Conan. He’s featured on the cover of all my books, nestled as a small icon in the lower right-hand corner.

Conan is a special dog that I would argue warrants memorialization as a fictional character. We adopted him from the Lost Dog Lost Cat Rescue organization in northern Virginia. They called him a “beagle mix” but we think he’s probably a combination of so many breeds, his lineage is virtually unrecognizable. Although Conan is almost eight years old, he still behaves like a puppy. His favorite pastimes are stealing shoes and morning jogs. Above all else, Conan has a real love of food, particularly pepperoni. His penchant for eating has caused considerable mayhem in our household, providing entertaining fodder for my novels.

Conan’s antics are so wily, I decided to create an entire character in my series based directly on him. Clarence made his debut appearance in Stabbing in the Senate.  He played an even bigger role in Homicide in the House. In the current installment, K Street Killing, Clarence helps Kit uncover an important clue while practicing for a dog agility trial. In each mystery, I try to devise a fun way to involve Clarence. He may be the most popular character in the entire Washington Whodunit series.

All writers need muses. Mine just happens to be a fifty-pound mutt named Conan. He gives new meaning to the phrase “doggone politics!”

Colleen J. Shogan has been reading mysteries since the age of six. She conceived of the plot of her first mystery, Stabbing in the Senate, one morning while taking a walk in her suburban Washington, D.C. neighborhood. A political scientist by training, Colleen has taught American politics at Yale, George Mason University, Georgetown, and Penn. She previously worked on Capitol Hill as a legislative staffer in the United States Senate and as the Deputy Director of the Congressional Research Service. She is currently a senior executive at the Library of Congress who works on great outreach initiatives such as the National Book Festival. Colleen lives in Arlington, Virginia with her husband Rob and their beagle mutt Conan.

You can find Colleen on: 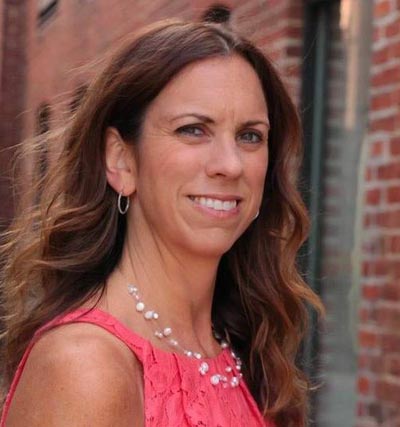 Fun and engaging this mystery had me from page one. Bring on the political scene with the latest Washington Whodunit, Kit is working hard to get her boss rehired, and the political schmoozing is intense. Kit is always a sleuth with savvy intellect and keen nose for how to hunt down a suspect. I know that sounds like the beagle but she is a sleuth that is unmatched.

This book had the suspects, the plot and the victim down perfectly. I couldn’t have found a better mystery to read for a day, because I couldn’t put this book down! I have grown to love this series and the delightful reoccurring characters that make the series. Kit and friends are those friends that become your friends in the end. And solving the mystery is just the icing on the cake, when it comes to clues you have many but it is up to you and Kit to decide which will lead to the true suspect. Readers of mysteries will love the political climate, the characters and plot of this book!

With this giveaway you can buy this book and the whole series with the $50 giftcard that is up for grabs. Enter here and good luck!