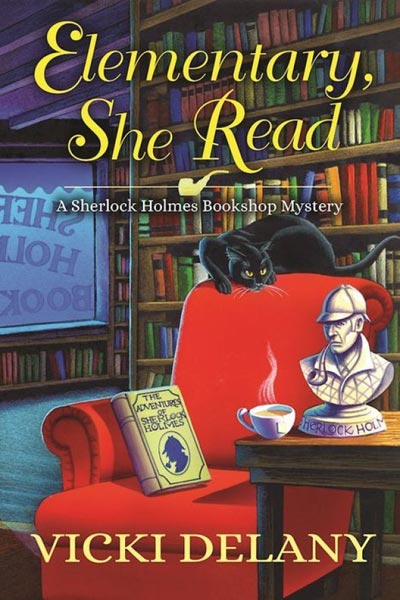 Gemma Doyle, a transplanted Englishwoman, has returned to the quaint town of West London on Cape Cod to manage her Great Uncle Arthur’s Sherlock Holmes Bookshop and Emporium. The shop–located at 222 Baker Street–specializes in the Holmes canon and pastiche, and is also the home of Moriarty the cat. When Gemma finds a rare and potentially valuable magazine containing the first Sherlock Homes story hidden in the bookshop, she and her friend Jayne (who runs the adjoining Mrs. Hudson’s Tea Room) set off to find the owner, only to stumble upon a dead body. The highly perceptive Gemma is the police’s first suspect, so she puts her consummate powers of deduction to work to clear her name, investigating a handsome rare books expert, the dead woman’s suspiciously unmoved son, and a whole family of greedy characters desperate to cash in on their inheritance. But when Gemma and Jayne accidentally place themselves at a second murder scene, it’s a race to uncover the truth before the detectives lock them up for good. Fans of Sherlock Holmes will delight in the sleuthing duo of Gemma and Jayne in Elementary, She Read, the clever and captivating series debut by nationally bestselling author Vicki Delany. 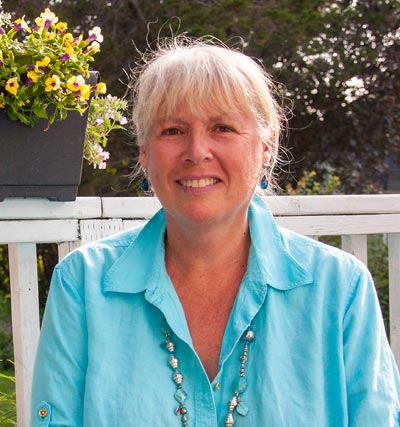 This cozy mystery is going to please many Sherlock fans. The entire time I was reading this book, I felt like one if not all the televised Sherlocks were visiting my mind.  Gemma Doyle is certainly a female reincarnation of the sleuth.

I really loved Gemma in this cozy mystery series. I will be the first to admit she might not be for everyone with her type a personality, and ability to see and figure clues that the common person wouldn’t find. I loved this personality trait in the modern tv shows of Sherlock, so to have it in the female sleuth made total sense to me. Gemma is spunky yet I feel a kinship with her as an introvert (shh, don’t give my secret away) I could see her solving mysteries the same way I do, at home reading. She was abrupt and to the point. Gemma solved this mystery with an ease and Holmes style that made me smile.  Now for that fine, and exotic Moriarty, what a cat! I loved that for once the feline character seemed like a real feline, aloof and above all humans.

I loved how many Sherlock related details were in this mystery. Vicki Delany must have done superb research, on all the coverage of the real books. She had pieces that made this mystery feel real, and gave such attention to detail that I was vividly imagining the scenes, books, and characters.  I was kept guessing and sleuthing till the very end, which can be hard for a writer to do to a reader. It has been a long while since I was unable to guess the villain and this book held that till the very end. If you want a mystery that is hard to solve but so much fun to read, this is a great book/series in the cozy mystery world to try.  I am looking forward to solving my next mystery with Gemma, until then the reading is a foot!

Now is your opportunity to enter to win a copy of this book! Click HERE!

Purchase "At Liberty to Love" on Amazon
Follows