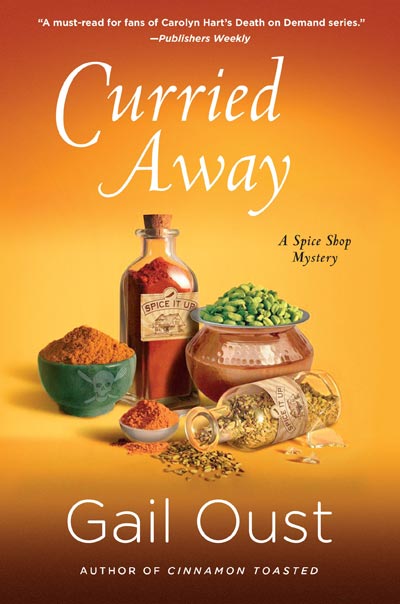 Piper Prescott, proprietor of Spice It Up!, has persuaded Doug Winters, the mild-mannered vet she’s been dating, to demonstrate Indian cuisine at her shop. But before Doug’s presentation of classic chicken curry is completed, Ned Feeney, local handyman, bursts in with news of a murder.

Sandy Granger, the director of a local production of Steel Magnolias, was found strangled in the third-floor balcony of the Brandywine Creek Opera House. Sandy, it seems, had not endeared herself to cast or crew. Complaints about her ran the gamut from her management style to her lack of people skills. Everyone connected with the production falls under suspicion, including Piper Prescott’s BFF, Reba Mae Johnson, who made it well known how unhappy she is that she was cut from the cast.

When the spotlight for the dastardly deed shines on Reba Mae, Piper rushes to her friend’s defense. Who among Sandy’s detractors was angry enough to wrap a silk scarf around her neck—and pull tight? Will Piper succeed in solving the case before she becomes the killer’s encore performance? And will she ever learn just how to prepare the perfect curry? As delicious as it is charming, the latest entry in Gail Oust’s mouth-watering Spice Shop Mysteries is sure to delight both old fans and new.

Friends often accuse Gail Oust of flunking retirement.  While working as a nurse/vascular technologist, Gail penned nine historical romances under the pseudonym Elizabeth Turner for Avon, Pocket, Berkley, and Kensington.  It wasn’t until she and her husband retired to South Carolina that inspiration struck for a mystery.  Hearing the words, “maybe it’s a dead body,” while golfing with friends fired her imagination for the Bunco Babe Mystery series originally published by NAL.  In conjunction with Beyond the Page Publishing, the Bunco Babe series has  been republished in digital format as the Kate McCall Mysteries complete with new titles and a whole new look.  Gail is currently writing the Spice Shop Mysteries for Minotaur/St. Martin’s.  When she isn’t reading, writing, or sleeping, she can usually be found on the golf course or hanging out with friends. 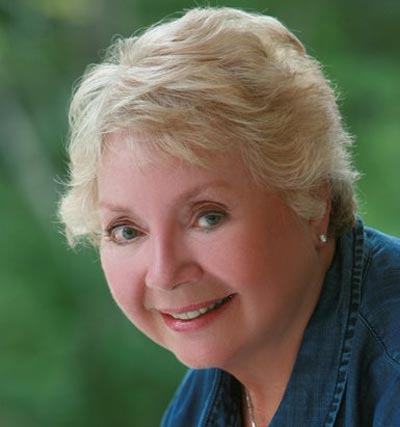 I really enjoyed this book. It is the first in the series that I have read but it is book 4 in Gail Oust’s Spice Shop mystery series. Piper was a charming and fun gal, though I was a bit confused on where this story was taking place, (Georgia). Piper gets herself into another mystery and she is certainly a smart cookie! I loved her tactic on the solving of this murder, she reminds me of a Murder, She Wrote Jessica Fletcher, plotting and solving. I felt for Piper with her love-life, and certainly was happy to see him go. But I am hoping for Piper’s love future with a certain handsome man.

The story line is very fun with the towns folk having their own unique charm and realistic, drawing the reader into the scene of the crime. It is all so well described that you feel s though you are part of the town. It is a continuation of the series, but can be read as a stand alone. It will make you want to read the rest. The mystery is well done, and gives good twists and turns for the reader to make a nice “Who Done It”.

Readers who enjoy really good recipes in a book will love the recipes in the back. Those are just icing on this well spiced and filled book. I think readers that enjoy a culinary mystery without too much cooking will like this book, and finally readers who just love a good cozy will read this and give it 2 thumbs up.

I Rate it
Please join the conversation and comment below. Have you read… If so what did you think/like?
**DISCLAIMER: I was provided an opportunity to read this book as an Advanced Reader Copy in return for a fair and honest review.
Follows