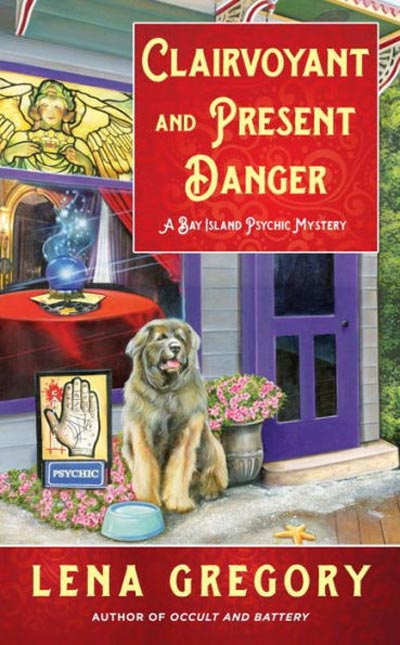 A haunting vision reveals a ghostly grave in the latest Bay Island Psychic Mystery from the author of Occult and Battery.

Cass has always relied on her abilities to guide her, but after communications with a ghost land her in the middle of a murder investigation, she has to wonder if her gifts are really more a curse.

Cass knows she is meant to help track down the killer–much to the chagrin of local law enforcement–when the apparition leads her to a dead body on the beach near her psychic shop, Mystical Musings. But the police are not the only ones who wish Cass would stick to reading palms. Someone is trying to scare her off, and it will take all her powers of premonition to catch the killer before Cass herself becomes the next victim…

Brushes With the Paranormal

Have you ever had a brush with the paranormal? And encounter you couldn’t quite explain away, no matter how hard you tried to convince yourself there was a logical explanation? I’ve had several over the years, but I’ll only share a couple.

I have three kids, and not one of them slept through the night, so I can only assume it’s something I did wrong. Of course, neither my husband nor I sleep through the night either, so I guess it’s no surprise.

Anyway, one night, when my middle guy, Nicky, was around a year and a half old, he just would not go to sleep. I was so exhausted I couldn’t keep my eyes open another minute, and I was afraid to bring him in my bed for fear he’d fall down the stairs if he got up and wandered, which he did even then, so I crawled into the crib with him and closed my eyes.

The next think I knew, someone was shaking my shoulder. Startled, I opened my eyes and looked up, fully expecting to find my husband standing over me wondering what in the world was going on, but there was no one there. I was absolutely positive a hand had gripped my shoulder and shaken me, so I sat up and looked around the room, figuring either my husband or my ten-year-old daughter had tried to wake me then walked away when I didn’t respond.

When I looked down, I didn’t see Nicky. Terrified, I jumped up and found him tangled in the blanket. I quickly unwrapped the blanket from his head. His face was beet red, and he was breathing hard but, thankfully, he was okay. It might have ended much differently if something hadn’t nudged me awake that morning. When I finally calmed down enough to get up, my husband and daughter were both still asleep and hadn’t been up to wake me.

To this day, sixteen years later, I still get chills and hug my son whenever that memory surfaces.

On a lighter note, I used to teach dance for a living, until Nicky was about three. I’d always brought my kids to the studio with me while I was teaching, but he couldn’t handle the noise. The kids talking and laughing, the music blasting, tap shoes hitting the wood floor, all proved to be too much for him. He would always want to be in my arms with his hands over his ears.

Within the year, he was diagnosed on the autistic spectrum. He needed physical therapy, occupational therapy, and speech, so I gave up teaching and started cleaning houses to give me the flexibility necessary to bring him to therapy five days a week.

One of the houses I took was a beautiful, old house on the bay. The view was gorgeous, as was the house, which was built in the 1800s. One of the first times I went in to clean, I put the garbage pail back in the bathroom beside the shower. Then I realized there was an old stain beneath the pipe under the sink where the pail had been. I figured it must leak sometimes and put the pail back under it. When I returned a few minutes later, the pail was beside the shower again.

That freaked me out a little, but I figured maybe I’d left the floor a little wet and it slid over a couple of feet, or maybe I’d meant to put it under the pipe but then forgot to actually do it. So, I made sure the floor was dry and put it back. The next time I looked in the bathroom, it was back beside the shower. Needless to say, that’s where it stayed that time.

Every time I returned to the house after that day, I put the pail under the pipe and it stayed where it was.

Then, one day, I was in the basement doing laundry when there was a weird sort of scratchy, tapping sound. It was coming from the ceiling rafters in the basement beneath the foyer. It definitely freaked me out, but I finally decided it must be mice or something, and I filed the incident away to use in a book somewhere down the line—which I haven’t yet but still intend to.

When the homeowner asked how everything was going and if I was finding everything okay, I told her everything was fine, but I thought the house was haunted, and I sort of laughed.

She laughed too and asked me what had happened.

I told her about the garbage pail, but not the tapping, since I’d already explained that to myself.

She then told me the house definitely was haunted, and what was now the foyer was originally a bedroom, and someone died in there. She also said they often here a strange knocking sound in the foyer.

The existence of the unexplainable has always fascinated me. Is there truly a world beyond our own that sometimes overlaps with ours? Or are we just creatures with extremely vivid imaginations?

Cass Donovan, from Death at First Sight, Occult and Battery, and Clairvoyant and Present Danger makes a living delving into that world, “contacting” the dead. At least, that’s what her customers think. She thinks she’s just very intuitive. What do you think?

Have you ever had a brush with the paranormal? Leave a comment and let me know!

Lena lives in a small town on the south shore of eastern Long Island with her husband and three children.

When she was growing up, she spent many lazy afternoons on the beach, in the yard, anywhere she could find to curl up with a good book. She loves reading as much now as she did then, but she now enjoys the added pleasure of creating her own stories. 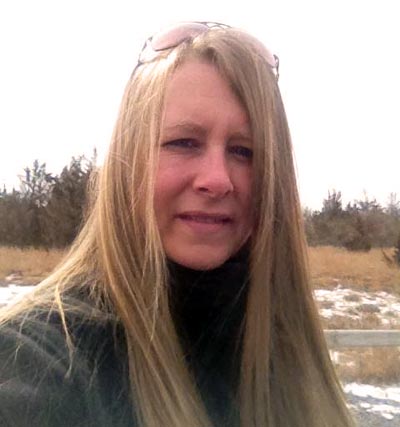 Lena Gregory creates a haven for cozy readers in her A Bay Island Psychic Mystery series. I am always on the look out for the next book in this series, and then read it the moment the book shows up. The cozy mystery world is a happier and more mysterious place to be thanks to Clairvoyant and Present Danger.

Cass, Bee, Stephanie and Tank are our fearsome foursome that bring readers together in each book. Cass is our lead sleuth but without her friends, I truly believe she would be lost. Cass handles each mystery with a flair for the realism and mystic. I have gotten very comfortable in joining Cass in her adventures. I also have a different eye now for the mystic, now if only Cass could really come give me a reading.

I love how this book really made me feel as though I was part of the crew, solving the murder. I loved how Estelle was comforted by Cass in the book, Cass showed her true heart in this scene and I was reminded why I think Cass is such an amazing character. Many characters can come and go in a series, but in this one Cass is always a kind hearted character to all of those that cross her pages.

I would live on Bay Island if it was possible, but not the one in Honduras. I want to live in this series, walk the same sidewalks and visit the quaint shops. I would instantly become friends with Cass and Bee, Stephanie and would warm up to Tank ( I think the name would throw me). I would be a dog walker in this community so I could help with Beast and then teach yoga after each murder to help us all relax. Yeah, I have my life planned out in this series, now if only I could jump into Bay Island.

This is another series and book that I adore. I have loved each book thus far in this series, and have felt special building the fictional friendships I have created with these characters. I think that we as readers are settling into this series for more books, and if this was any indication of level of twists, turns, and suspense to possibly come, we are in for some great next in series books. Till then I will be revisiting Cass and the gang in this book, because it is one I could read twice and then three times. You won’t get bored with Clairvoyant and Present Danger.

To celebrate her latest book Lena is giving away a  $25 Amazon gift card. Find out all the details and enter to WIN at Clairvoyant and Present Danger Giveaway.