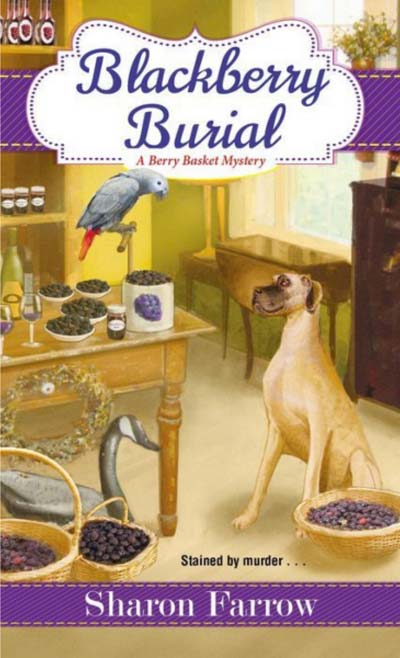 Between a booming art scene and elaborate Independence Day festivities, July in lakeshore Oriole Point, Michigan, is always a blast. Especially when an explosive murder case crashes the fun . . .

As owner of The Berry Basket, Marlee Jacob has learned a thing or two about surviving the summer tourist season in Oriole Point. So she gladly agrees to help run the annual road rally in honor of the local Blackberry Art School’s centenary celebration. While alumni arrive from around the country, Marlee hopes the expansive Sanderling farm will make an appropriate starting point for the race—despite rumors that the land is cursed . . .

But when Marlee surveys the property, she stumbles upon a long-dead body hidden in the bramble. It’s a horrifying mystery to everyone except her baker, who’s convinced the skeletal remains belong to a former student who had gone missing twenty years earlier. As the Fourth of July activities heat up, Marlee must rush to catch an elusive murderer—before the next ‘blackberry victim’ is ripe for the picking!

Born and raised in Detroit, Michigan, Sharon began submitting articles and short stories to magazines when she was just fourteen years old. Her award winning first novel was released in 1998. Published in mystery, fantasy, and romance, Sharon has written under various pen names. As Sharon Farrow, she writes the Berry Basket cozy mystery series, which was inspired by the beautiful village she lives in along Lake Michigan. With her college best friend and fellow writer, Sharon is also one half of the writing team D.E. Ireland, who co-author the two time Agatha nominated Eliza Doolittle and Henry Higgins mysteries.

You can find AUTHOR’S FIRST NAME on: 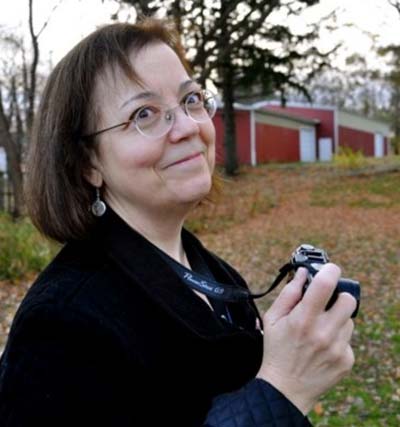 What do you get when reading a warm summer mystery in the winter? The perfect mix of fireworks and murder. I was thrilled to read such a delightful novel that had a road rally and the mystery could be a long unsolved case, it couldn’t get any better.

Marlee is delightful. This was my first encounter with her and as a sleuth she is neat. She has a spirit that brightens your day, and even though she is just a fictional character, she comes to life in the pages. Marlee can sleuth through mysteries and still have a fabulous personality that just begs to have readers become her friend.

The setting up for the road rally. I am a car gal and was eager and hopeful for this event. It brings to mind small communities that appreciate the idea of fun in a safe manner. I really enjoyed the setting and the berry tie into the story as well, it is a cool theme that makes this reader hungry for jam and pie.

The first time, and not the last time I will read this series. The theme, setting and Marlee are a perfect recipe for a successful mystery. As a cozy fan you can’t ask for much more!

What would delight you in reading this book?

Have you read it, would love to hear your thoughts!