Bed and Breakfast and Murder 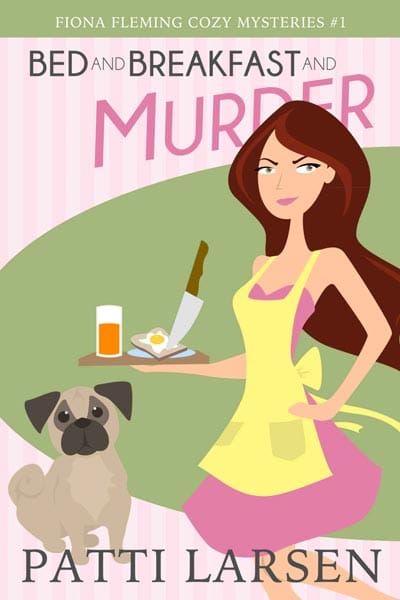 A Poo Poo Kind of Morning

I tried not to look down the mouth of hell staring back at me from inside the glaringly pristine outer ceramic shell of the white throne, my throat catching, stomach doing half flips and a rather impressive rollover routine that would have gotten at least a 9.5 even from the Russian judges. Instead, I forced myself to smile and swallow and remind myself the elbow length yellow rubber gloves grasping the handle of the standard issue plunger were all that stood between me and Pooageddon.

Suck it up, Fee. Big girl panties and adulting and all that.

“At what point,” I waved the dripping plunger, wincing as droplets of yuck flew, “did I think owning a bed and breakfast was going to be glamorous and romantic?”

Fiona Fleming hasn’t lived in Reading, Vermont in over a decade, her escape from small town living leading her to New York City and a life of adventure. An adventure that has left her with no career, an ex who cheated on her and zero plans for the future. Her grandmother’s death grants her a new chance–inheriting Petunia’s, Iris Fleming’s bed and breakfast, seems like the ideal fresh start. But when Fee finds out ownership of the property Iris willed her might be in question, she’s drawn into the seedy underbelly of the cutest town in America after being singled out as the main suspect in a murder.

There was a time when I was a little girl I was adamant I would follow my father’s footsteps and be a sheriff. Or a cop of some kind. Maybe one of those tall, uniformed state troopers who came to his office to talk to him from time to time. Oh, or a suited and sunglassed FBI agent with a grim grin for a smiling, bouncing, skinny redheaded kid who just wanted to be part of the action.

Dreams are funny things, wrapped up in expectations and ending in disappointment. At least, this dream. I told Robert first, my cousin. Shouldn’t have. We weren’t friends or anything and sharing that kind of deeply held desire with someone who was known to use whatever he could against me was a terrible idea.

He laughed. But that made me even more determined. “Girls can’t be sheriff,” he said.

I’d show him. Except, it turned out, he was right. Because the second I told my mom and dad I was going to be a police officer when I grew up, everything changed.

I waited while Mom thumped Dad between the shoulder blades while he choked on his mashed potatoes, her green eyes that were my green eyes full of worry and the kind of motherly sorrow that made my cringe in my seat and wish I’d never said a word.

Made worse when Dad, his face red and eyes bulging from inhaling his dinner at my pronouncement, thudded one big hand down on the table and said, “Absolutely not!”

To him, I listened. I don’t know why I did. It’s not like I was a good listener when it came to anything else. But I admit I idolized my father with his towering stature and broad shoulders, his cowboy boots and hat, the way his gun hung on his belt like it was part of him. Casual and confident and a cop to the core.

If my dad thought I couldn’t do the job… well.

When I left town after graduation, heading for the big city and college and a new start that had nothing to do with the place I’d come to despise for its tiny minds and lack of growth, I did so with a last gift from my most hated cousin, Robert. Who was accepted into the police academy, wasn’t he? Going to be a deputy and work for my father, the job I always wanted, because Robert knew I wanted it.

Ten years passed, life disappointed. And then, a miracle. Home called me back, the death of my grandmother luring me to inherit her B&B, her snorting, farting pug, Petunia. But it wasn’t her passing that changed everything.

No, it was the dead man I found on my property. His murder woke my dream all over again, the rush of curiosity, the excitement of imagining, even for a moment, I could be like my dad. And though the corpse had been a hateful thief and fraud with a terrible life ethic, I’ll always be grateful he died in my koi pond.

Hello, dream. Nice to see you again. Let’s see where you take me from here.

Patti Larsen is an award-winning middle grade and young adult author with a passion for the paranormal. But that sounds so freaking formal, doesn’t it? I’m a storyteller who hears teenager’s voices so loud I have to write them down. I love sports even though they don’t love me. I’ve dabbled in everything from improv theater to film making and writing TV shows, singing in an all girl band to running my own hair salon.

You can find Patti on: 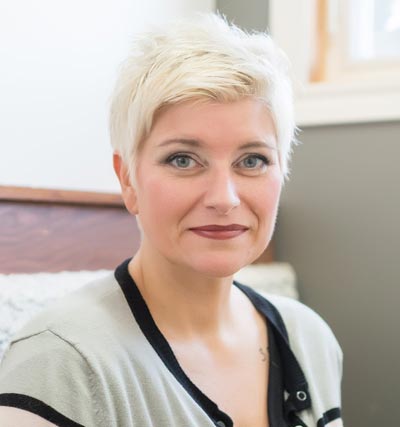 Okay, I am usually not one for humor about the bathroom but becoming a parent has made me able to laugh with ease at issues with the throne. So this book was instantly a smile on my face. Who can’t relate to frustration with a cranky toilet?

Fiona is a unique character, there was just something special about her that I was drawn to. It could be her charming pup, or maybe the ability to sound like she is put together while cleaning a toilet (joking). Fiona (Fee) is a great, fresh face to the mystery world. She had me laughing at moments, I was holding my breath in suspense in others.  Let’s just say the mystery brings to mind that I would never want to do an illegal hobby. I do though think that running a B&B would be fun, but seems to also lead to murder. Hmm, I think being a reader is a bit safer.

Patti does a great job of giving descriptions to the reader. I still recall the part of Fee hiding under the desk and seeing the large leg with a varicose vein. That right there in my mind will be what I recall each time I think of Fee in this mystery. The element of suspense is balanced with the humor.  Truly, I felt like I was Fee searching for clues, and well seeing legs while hiding under the desk, among other antics. For a first in a series, it has set a solid bar of 4 stars of like from me, I am sure the series will only progress to more!

What is your favorite partner in crime duo?

To celebrate, here is the link for the giveaway,enter for your chance to win a set of the First 3 books in Series (e-copies)! One lucky winner will get the chance, will it be you?  CLICK HERE

Purchase "Bed and Breakfast and Murder" on Amazon
Follows