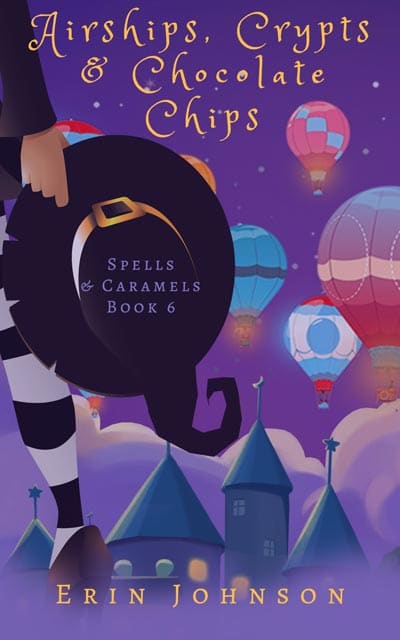 A bewitched prison. A brother with a deadly request. Can a magical baker launch a jailbreak and still keep her prince in the process?

Imogen’s magical bakery is thriving and she loves the company of the Water Kingdom’s dashing prince. But she’s not so enamored with the time she’s forced to spend with his awful Royal Family. She also can’t help but worry that the increased media scrutiny could reveal her secret contact with the Royal Family’s sworn enemy: her own brother.

When her sibling shows up and demands Imogen spring his cronies out of jail, she flat out refuses. But when he threatens to hurt the ones she loves the most, she balances her allegiance to the prince with her plan for a covert prison break. Can Imogen keep up family appearances and avoid betraying the kingdom or will her pie-in-the-sky scheme become a recipe for disaster?

Imogen is back and she is in a pickle of choices. How does she choose? Well, she tries to find a balance, but as we all no that can’t happen when it is dueling emotions and people. I love that Imogen is loyal and we see that in the finest way in this novel, I also love that the antics of those around her bring a smile to my face each time I dive into this series. Each time I dive into this series, I never know what to expect, except a good time. This is an amazing and fun read that you are missing out on!

You know you want a chance to read this book, but what about the entire series?! I know that has me excited too! Enter today for a chance to win the set!