A Crafter Hooks a Killer 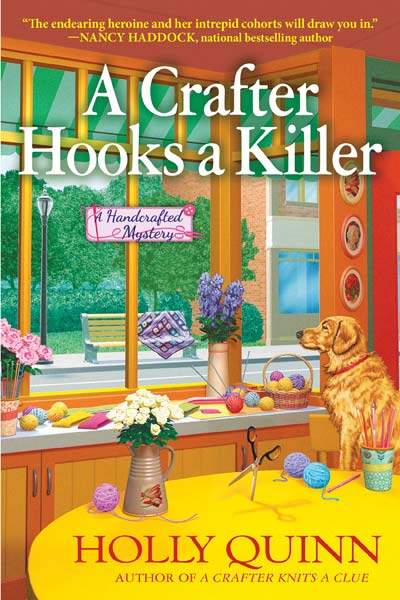 Sure to delight fans of Betty Hechtman and Maggie Sefton, A Crafter Hooks a Killer is the second installment in Holly Quinn’s Handcrafted mysteries.

Community Craft proprietor Sammy Kane suspects that a tantalizing thread links the deaths of her best friend and a bestselling author. But can she weave together the clues?

Samantha “Sammy” Kane is settling into her new life in idyllic Heartsford, Wisconsin, running her late friend Kate Allen’s craft shop, Community Craft when one early June day, bestselling crochet author Jane Johnson visits Heartsford. Captivated by Community Craft, Jane devotes a chapter in her new book, Behind the Seams, to the store. Sammy is honored, though satisfaction quickly turns to shock when she finds Jane strangled to death—her cold hands clutching a copy of her most recently published book, with the words “THE END” raggedly scratched into the cover.

Heavens to Etsy! Not only must Sammy contend with the author’s inauspicious demise, she has to untie some knotty details from her own past. It turns out Kate’s death was not what it seemed, and instead somehow hooked to Jane Johnson’s demise. Handsome Detective Liam Nash is on the “skein”, more than happy to see the shop owner again if less than enamored by her sleuthing interventions. But this was Sammy’s best friend—she has to know.

Fortunately, Sammy has a “lace” in the hole. As a child, she formed the S.H.E. detective team with her cousin, Heidi, and her sister, Ellie. Having already reconstituted their partnership, the S.H.E. team searches for a pattern behind the latest death. As the case starts to unravel, will Sammy and team be able to sidestep Liam quick enough to stitch together the clues?

Holly Quinn is both an avid reader and crafter. Holly sells her artistic creations locally and dreamed of one day opening a gift shop to sell local artist's handiwork. Instead, she began writing about it and thus her journey of the Handcrafted Mystery series was born. Visit her @ www.authorhollyquinn.com

You can find Holly Quinn on: 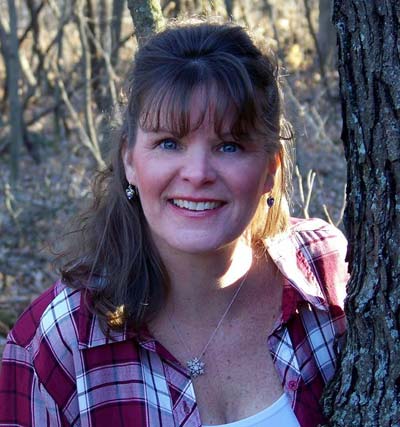 Welcome back to another great mystery with the keen sleuth Sammy Kane. I was thrilled to head back to the Community Crafter

If you haven’t met Sammy yet, you are missing out. She is a fun character full of cozy charm that you will instantly gravitate towards.  Her dog, family, and friends help round out this book.

If this cover doesn’t scream cozy to you, then reader we need to talk. The cover is the siren call to all cozy lovers to come read this book.

I really enjoyed that we had the mystery of Sammy’s friend’s death and the author mystery rolled into this book. It was neat to have more than one mystery and the appeal of possibly solving two is something you wouldn’t want to miss.

Overall, this was a mystery novel I am happy I didn’t pass up. I am really enjoying the community and characters in this series.  If you haven’t had a chance to read this book, take the time to get it on your shelf. You won’t be disappointed in this charming mystery!

This book has some crafty characters, are you crafty? If so, what do you craft?