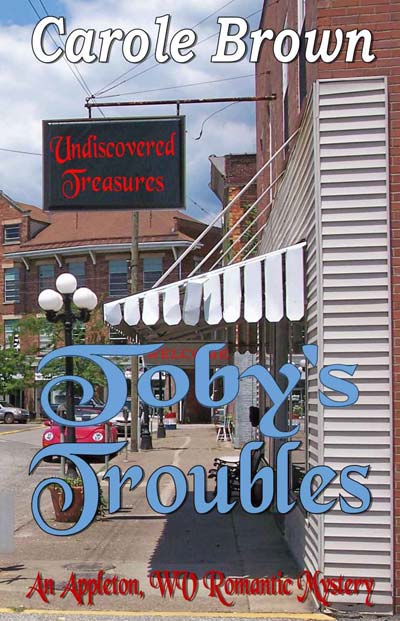 Everyone loves Toby Gibson. A co-owner of Undiscovered Treasures, a unique shop of antiques, collectables and junk, Toby is friendly, generous to a fault, the director of the local plays in Appleton and supports his church’s youth functions. But the minute his sister, Caroline and her new husband, take off for their honeymoon, a “ghost” begins to haunt the shop—or maybe it’s just an intruder. If so, Toby has no idea for what the thing is looking. To add to his troubles, he suspects Amy, not only is bidding for the property he’s wanted forever, but is in love with him. And he’s not interested.

Amy Sanderson who owns the only flower shop in Appleton—Bloomin’ Life—is drawn into capturing Toby’s “ghost” when her own business is damaged by a destructive intruder. Having loved Toby since a teenager, she’s more than willing to join forces with him. But she has no interest in being his best friend or a sister to him. And if she has to resort to schemes of outbidding him at his frequent auction attendences to get his attention, then so be it. She can be just as stubborn as the man who’s determined to ignore her love.

In between the break-ins, destruction of property, thefts and personal competitions against each other, Amy and Toby work together to find the thief who seems so determined to find a valuable item, he’ll stop at nothing.

Antique Shops, A Thief, the Community Theater, and Love

I knew when I wrote this book who Toby was. But capturing Toby’s personality and presenting it in the right way, was a challenge for me. Readers can see his teasing, fun-loving character when he labels the person who’s breaking into his shop as a ghost. But Toby is also serious, smart and successful. The side of him who has had plenty of girl friends, but who’s never gotten serious with any of them, is prominent too. But I didn’t want him to seem frivolous and uncaring, because he isn’t that. With a focus on his interests, love has never—as of yet—been a primary concern, so when Amy Sanderson strolls into his life, she turns out to be his confidant in the time of his troubles. The question is: can she not only have a place in his life as a best friend, but also capture his heart?

Who doesn’t love a place filled with valuable items, interesting history, and hard-to-find items? Undiscovered Treasures—a shop of antiques, collectibles and junk—could be described as the town gathering place. Everyone loves browsing there. Deciding on such a place for the business of brother and sister, Toby and Caroline Gibson, was a fun choice. From grandfather clocks to unique shaped vases, it’s a shop where treasure hunters could just find what they’re looking for.

There are way too many new people visiting Appleton, West Virginia, so how is someone like Toby suppose to guess what the thief is after? The thief definitely knows what he’s looking for, just not where. He’s tall, thin and a fast runner, especially when escaping across a rooftop. But then, maybe it’s not a new person in town. Maybe the thief is Toby’s part time help, who has a mystery all of his own. It makes things interesting, and a bit terrifying for everyone.

One of Toby’s loves is directing and overseeing the community theater. Caroline Gibson writes some of the plays, the actors are usually taken from the West Virginia area, and all proceeds go to charities. But when their main actors, of the current play, elope and leave the play desolate, someone has to step in to fill the gaps. Toby struggles with decisions he doesn’t want to make.

Toby is smart, funny, and a resourseful man. He’s also busy with his community theater activities and his business. Known as the one man in town who’s not interested, at the current time, in getting married, his reputation of loving and leaving is in danger of being wrecked by one small woman. Can she sabotage his well-laid plans and help him realize it’s now or never? Could it be the time when real love is captured by two people, even when one of them seems doomed to ignore what God’s put in their hearts?

Carole Brown’s debut novel, The Redemption of Caralynne Hayman, is a 2015 Book of the Year in General Fiction from Christian Small Publishers, a RWA Oklahoma International Digital Award 2nd place winner, a Clash of the Titles top three finalist, a Selah Award finalist in debut novels, and a semi-finalist in the Genesis contest.

Besides being a member and active participant of many writing groups, she enjoys mentoring beginning writers. She loves to weave suspense and tough topics into her books, along with a touch of romance and whimsy, and is always on the lookout for outstanding titles and catchy ideas. She and her husband have ministered and counseled across the country. Together, they enjoy their grandsons, traveling, gardening, good food, the simple life, and did she mention their grandsons? 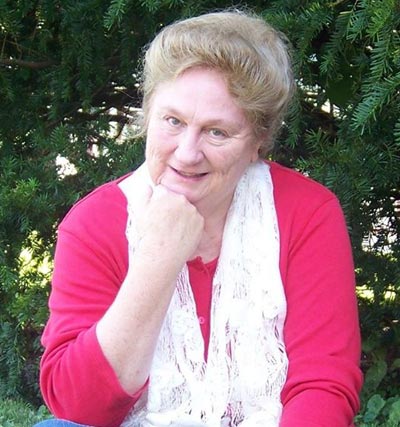 A quirky mystery with a interesting plot and cool characters. Toby seems to be the guy everyone loves, he is likeable for this reader, but I usually don’t follow the crowd (you will like him). I really enjoyed the ghost aspect of the story, it was a funny way to start off the mystery. Amy is one of those that loves Toby, but really, really, loves Toby. She is experience some break-ins and mystery as well. So these two team up to solve the crimes!

It is a light-hearted for the most part story of faith, mystery and love. I personally, would read the others in the series to get more background on the charming area they live in. But it was easy to read this book as a stand-alone. 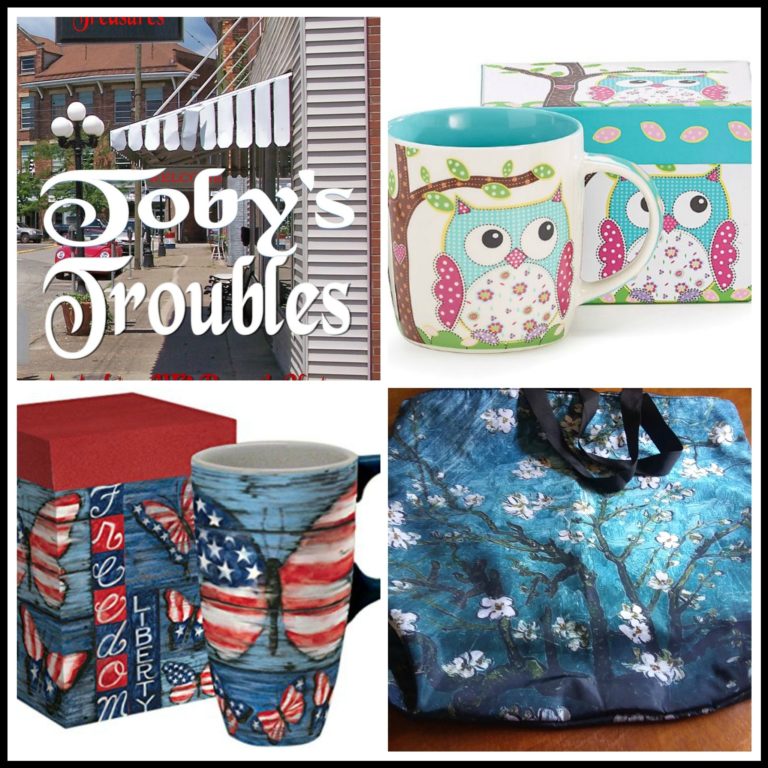 To celebrate her tour, Carole is giving away a grand prize that includes winner’s choice of one of the two attached mugs, winner’s choice of a print or kindle copy of Toby’s Troubles and a tote bag!!Be sure to comment on the blog stops for nine extra entries into the giveaway!

Find out all the details and enter to WIN at At Liberty to Love Celebration Tour Giveaway.