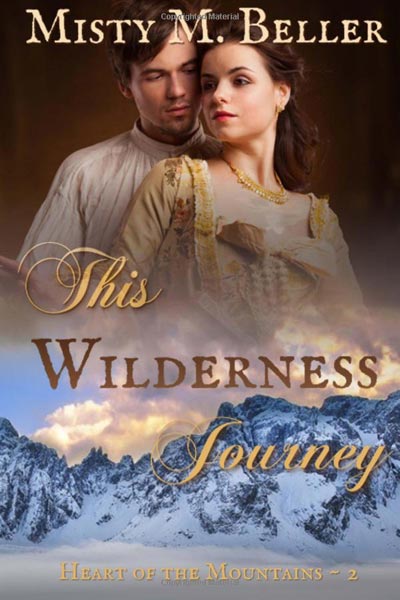 Joseph Malcom has spent his life protecting those in need, but now that his sister is safely settled with her new family in the Canadian Rockies, his help is no longer required. That is, until he’s asked to safely retrieve the priest’s cousin to help minister to the local Indian tribe. But his passenger is not at all who he expects.

After the death of her mother, Monti Bergeron has nothing to keep her in Montreal. While the prospect of ministering to the Indians out West is daunting, she looks forward to assisting her beloved cousin in his mission work. The life of a nun may be just what she needs to heal her grief, serving her Heavenly Father and fellow mankind, especially if no more pesky suitors are around to ask for her hand in marriage. But the man who’s been sent to guide her through the mountains might make her second-guess her plans before she even begins.

As Monti settles into her ministry, Joseph finds his wandering feet drawn back to the Indian camp. Monti’s focus on God is more unsettling than he’d like to admit. Add to that her beauty which tests his willpower at every turn, and she’s made it crystal clear she doesn’t want a husband. But when his determination to keep distance between them puts Monti in danger, protecting her might require something Joseph might not be able to give.

I love to write frontier romance, where the challenges were tough and the people had to be even tougher. And one of the things I love to imagine is how my characters cooked during those days.

Can you imagine how hard it would be to cook over an open fire? Every. Single. Meal. Of course, it’s not like they had a lot of variety to work with. Once you learned how to make a decent stew or corn mush, you didn’t have much to worry about, right?

Yet, many of the frontier women became quite adept at cooking over their cabin’s hearth, or even over an open campfire. In my new book, This Wilderness Journey, Monti (the heroine) came from a middle-class home with a paid chef and never had to learn to cook at all, much less without the use of a wood stove (which is still so much harder than heating a hot-pocket in the microwave). After she burned the corn mush their first night on the trail through the Canadian wilderness, Joseph (the hero) taught her a few basic meals.

As I was researching some creative ways frontier women cooked in an open hearth, I discovered the wide use of puddings, mostly because of how easy they were to make. By wrapping the ingredients in a cloth or pudding bag, they could be dropped in a pot of boiling water and left until the ingredients had softened and expanded. An entire meal could be made with a few ingredients, a pudding cloth, and a pot of boiling water.

One of my favorite cooking scenes in This Wilderness Journey is the making of the Oatmeal Pudding. What do you think? Sound like something you’d like to try?

Misty M. Beller writes romantic mountain stories, set on the 1800s frontier and woven with the truth of God’s love.

She was raised on a farm in South Carolina, so her Southern roots run deep. Growing up, her family was close, and they continue to keep that priority today. Her husband and daughters now add another dimension to her life, keeping her both grounded and crazy.

God has placed a desire in Misty’s heart to combine her love for Christian fiction and the simpler ranch life, writing historical novels that display God’s abundant love through the twists and turns in the lives of her characters.

Writing is a dream come true for Misty. Her family–both immediate and extended–is the foundation that holds her secure in that dream.

You can find Misty on: 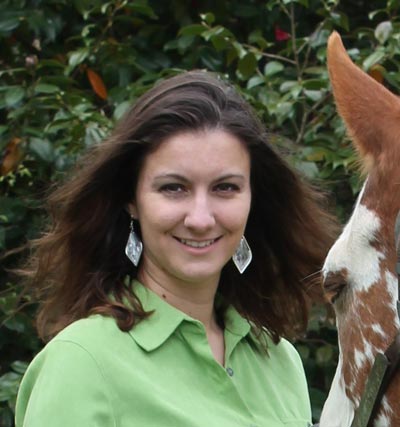 Struggling can lead people to feel jaded and cold in life. Now even with faith many have had moments of feeling lost, and the struggle was real. In this novel we get to read Joseph’s story (finally) and it is my favorite one from this author. Joseph has been a man on the move, not run, but he never truly wants to just stay home with his sister and her children. I think a reader will understand that it is hard on him, and leads him to have thoughts that he doesn’t want to think about when it comes to family and love.

With this God has worked his magic on this story. We get a chance to witness Joseph’s heart melt for a woman that is brazen enough to travel alone and strong enough to match the wit and might of this man. It was a relationship that was simmering to a boil and that was bound in faith and God. I loved how the author stitched this story together and made the reader feel the emotions of each person, it was a great story to read.

To celebrate her tour, Misty is giving away a $50 Amazon gift card!! Find out all the details and enter to WIN at This Wilderness Journery Celebration Tour Giveaway.