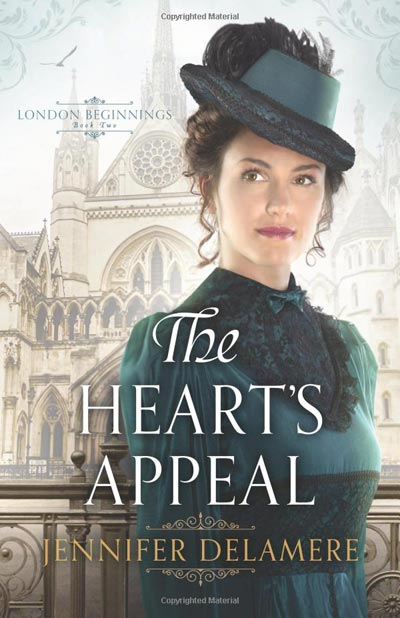 Strong-minded and independent Julia Bernay comes to London to study medicine and become a doctor–a profession that has only just opened up to women. She witnesses a serious accident, and through her quick actions saves the life of an ambitious young barrister named Michael Stephenson.

Coming from a family that long ago lost its money and its respectability, Michael Stephenson has achieved what many would have thought was impossible. Hard work and an aptitude for the law have enabled him to rise above his family’s stigma and set him on the path to wealth and recognition. But his well-laid plans are upended when the accident brings Julia into his life.

Michael soon discovers he’s met a woman every bit as stubborn and determined to make her mark on the world as he is. Sparks fly–but will they find common ground?

Perhaps that’s not a concept that initially comes to mind when one thinks of Victorian England! And yet, they did exist. I love to include real people from history in my books, and in The Heart’s Appeal, Julia Bernay meets two inspiring real-life couples who will make a positive impact in her life.

In 1865, Elizabeth Garrett Anderson became the first woman to qualify as a physician in Britain. She did this through a legal loophole, but soon the laws were changed to open the medical field to all women. In 1874, Dr. Anderson co-founded the London School of Medicine for Women. She remained involved in the school in various capacities for the rest of her life, even as she continued to run her own busy practice. In The Heart’s Appeal, she becomes a mentor for Julia, opening doors for her education and introducing Julia to people who can help her succeed in medical school.

Dr. Anderson’s husband, James Anderson (Jamie), was the joint-owner of a successful shipping line and also served on the boards of several organizations (including a children’s hospital). He was a handsome man, very much in love with his wife, and fervent in supporting her choice of a career.

In a letter he wrote to her while they were engaged, Jamie explained his vision for their future—how they could keep their professional and private lives separate, yet still give each other plenty of love and support:

“I think we had better lay it down once for all as a rule that I am under no circumstances to bring people ‘favorably under your notice’ or ‘exert any influence’ or anything of the sort. It will give people a wrong idea of you unless I take a decided line in this matter — and as I mean to be if I can a successful man of business, neither interfering with your pursuits nor being interfered with by you (but having our confidences on all feasible subjects at off times of the day and week and mutually advising and fortifying one another), I must let people know unmistakably not to come bothering me about your public affairs. Will you think about this, dearest?”

Jamie Anderson’s outlook on life comes into play later on in The Heart’s Appeal, when he provides advice and aid to Michael Stephenson, the book’s hero, at a critical time.

Julia also has an inspiring encounter with Dr. Anderson’s sister, Millicent Fawcett. Millicent was married to a Member of Parliament and actively supported her husband’s career in many ways, including acting as a scribe for him since he was blind. She is most remembered for her role in the women’s suffrage movement. In fact, a statue of her will be placed in Parliament Square in London this summer. She was not a militant suffragette, but rather campaigned for suffrage under the banner “Law-Abiding Suffragists.”

Both couples raised families, too, and their children’s successes in life show they were raised to have the same energetic and “can-do” attitudes that their parents had.

Julia initially believes she must remain single to achieve her life’s goals. But soon she finds her heart drawn to successful barrister Michael Stephenson, who admires Julia’s intelligence and ambition. She learns that love and the freedom to pursue her dreams do not have to be mutually exclusive. A meeting of minds to spark a true romance? Yes, please! I hope readers will agree this can be the most satisfying of all.

Jennifer Delamere writes tales of the past...and of new beginnings. Her debut novel "An Heiress at Heart" was a Romance Writers of America RITA® award finalist. Her follow-up novel, "A Lady Most Lovely," received a starred review from Publishers Weekly and the Maggie Award for Excellence from Georgia Romance Writers. Jennifer earned a B.A. in English from McGill University in Montreal, Canada, where she became fluent in French and developed an abiding passion for winter sports. She’s been an editor of nonfiction and educational materials for nearly two decades. She loves reading classics and histories, which she mines for the vivid details to bring to life the people and places in her books.

You can find Jennifer on: 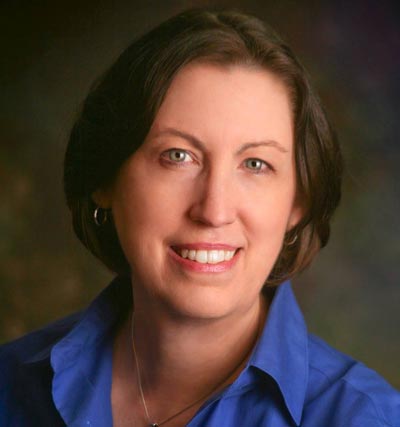 Females wanted to make a difference long before we would truly recognize it. Take the setting of this book, 1800’s a time when women could “nurse” but were slowly being given the opportunity to doctor. It is a fascinating time period, our lovely Julia (I got Murdoch Mystery vibes) is not only wanting to be a doctor she is fighting for the right. The poor sap that is up against her happens to be the man that she aides. I think the Lord played his hand in this fictional story with these two.

We have our two main characters Julia and Micheal. I would have to say these two were similar in mind, both strong and wit filled. I loved the strength that Julia exuded through the pages, I just more powerful knowing her character.  Now she was still a lovely lady, not just smart and strong but kind a nature that makes us all wish that all doctors would have that personality.

Micheal is a man on a mission, only he doesn’t know what side he needs to be on. Truly, he is up against a force in Julia, but honestly he didn’t stand a chance when he was falling in love with her. I love that he wasn’t a closed minded soul, he was open to Julia’s passion.

The author not only has fictional characters but real historic characters woven into the book as well. I love this, and felt that she did a fantastic job doing so. I thought it made this story feel more real.

I love first encounters and I wasn’t disappointed. What a twist to our normal man saves woman plot, this book was. I loved that Julia got to shine often to Micheal and this reader. The historic details were wonderful in this novel, causing me many moments of personal research out of curiosity.

This author created a Christian fiction story that is a home run. It is truly a novel that many should read and take note if they want historical fiction at its finest. To create a story with such a strong female that leads right from the start, and has a man that is supportive is not a common historical story. I find myself being called back to read this story, and interact with the characters once more. It has left me eager for more, and curious as to what the author will do next.

To celebrate her tour, Jennifer is giving away a grand prize package of that includes All four March Bethany House historical releases (The Heart’s Appeal, plus A Most Noble Heir by Susan Anne Mason, A Chance at Forever by Melissa Jagears, In Places Hidden by Tracie Peterson) and a $20 Starbucks gift card!! Find out all the details ( commenting on the blog will give you 9 extra entries! )and enter to WIN at The Heart’s Appeal Celebration Tour Giveaway.