The 12 Gifts of Christmas 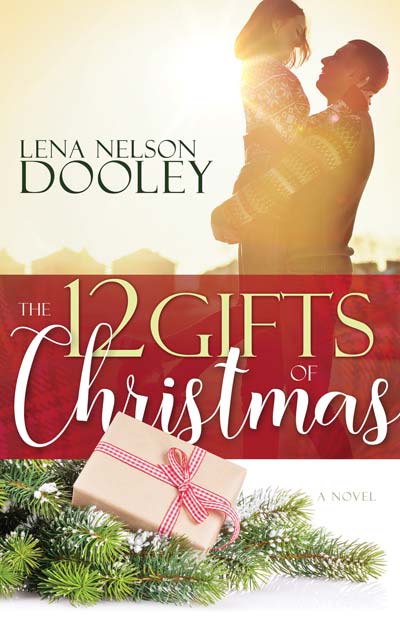 Malcolm MacGregor is a descendant of Scotland’s Clan MacGregor and a successful young businessman in Fort Worth, Texas. Alanza Cantalamessa works at a gourmet pizzeria owned by her Brazilian artist mother and her Italian Poppa. Both of them are smitten with each other but Malcolm is too reserved to do much more than make small talk—until a promotion at work that will send him away to Australia for six months. It’s December and he has to do something—fast.
Praying about the situation, Malcolm decides to give her twelve gifts leading up to Christmas. Their families and friends think they are moving too fast. And a gold-digger who tossed Malcolm aside in the past has now decided he’s the man of her dreams.
Can Malcolm and Alanza overcome their obstacles before he has to go abroad? Or is it really not meant to be?

She took the pan off the burner, dropped tiny marshmal-lows into the waiting over-sized mugs, and filled them with the fragrant hot chocolate. “Do you want to drink it here, or would you rather go in the living room? The sofa is more comfortable.”

“Whatever you want to do.” His honeyed tone wrapped around her like a warm blanket.

She handed a mug to him, picked up her own, along with coasters and two napkins, and headed into the living room. He followed.

Heat milk over medium to low heat, stirring constantly until milk starts to bubble slightly (about 10 minutes). Meanwhile, mix sugar and cocoa together until well blended. When milk is ready, gradually add in sugar, cocoa, and honey, stirring constantly. Put heat on low and add shavings of chocolate bar and vanilla. Continue stirring until chocolate has melted. Remove from heat and pour into mugs. Add whipped cream, chocolate shavings, and cherries on top, as desired.

Multi-published, award-winning author Lena Nelson Dooley is a member of American Christian Fiction Writers, her local chapter in the Dallas/Ft. Worth area, the Christian Authors’ Network, and Gateway Church in Southlake, Texas. Her forty-plus books have sold more than 875,000 copies. Lena’s books have appeared on the CBA, ECPA, and Publisher Weekly bestseller lists, as well as some Amazon bestseller lists. She also writes a popular blog, A Christian Writer’s World, that features other authors’ books. The blog received the Readers’ Choice Blog of the Year Award from the Book Club Network.

Lena is a three-time finalist in the Carol Awards ACFW contest. Her 2010 release, Love Finds You in Golden, New Mexico, won the 2011 Will Rogers Medallion Award for excellence in publishing Western Fiction. Her next series, McKenna’s Daughters: Maggie’s Journey appeared on a reviewers’ Top Ten Books of 2011 list. It also won the 2012 Selah award for Historical Novel. The second, Mary’s Blessing, was a Selah Award finalist for Romance novel. Catherine’s Pursuit, released in 2013, was the winner of the NTRWA Carolyn Reader’s Choice contest, took second place in the CAN Golden Scroll Novel of the Year award, and won the Will Rogers Medallion bronze medallion. Her book, A Heart’s Gift, won RWA’s Faith, Hope, and Love Readers’ Choice Award in July 2017.

Lena is also the host of The Lena Nelson Dooley Show on the Along Came a Writer blogtalk radio network. She has experience in screenwriting, acting, directing, and voice-overs, and currently serves on the board of directors of Higher Ground Films. She has been featured in Christian Fiction Online Magazine, ACFW Journal, Book Fun Magazine, Charisma Magazine, and Christian Retailing. 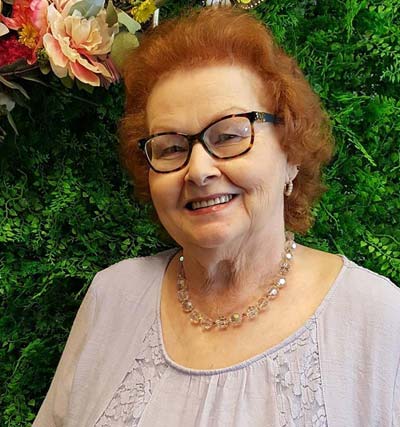 Come to Texas for Christmas and stay for this lovely story. I thought it was wholesome and sweet, with nice characters and a great message. Malcolm and Alanza are slightly from two different worlds but had a lot of similarities.  I liked that they were likeable characters and that there were many upbeat moments with them.

Watching Alanza fall in love with Malcolm through the pages of this book was like a hallmark movie. We see the beginning, the middle where there is the sweet smiles and butterflies, the I am in love with him realization!  The faith moments were nice and apparent in the book, but not forceful.

This is a nice, contemporary novel that speaks of holiday spirit in your heart and soul. It is a warm and sweet story that I think many Christian fiction fans will like.

To celebrate her tour, Lena is giving away a grand prize of a $20 Starbuck’s Gift Card and a surprise Christmas gift!!

Find out all the details and enter to WIN at The 12 Gifts of Christmas Celebration Tour Giveaway.