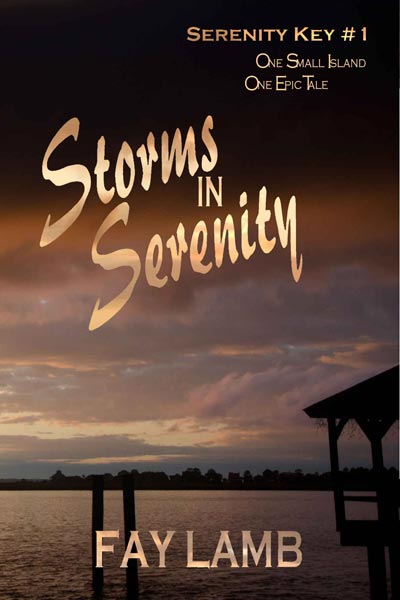 How can one man save the town he loves when he’s the reason for the destruction?

Serenity Key, Florida, has seen its share of hurricanes, but this time, one foul weather system is about to collide with another storm, and this one has nothing to do with atmospheric pressure.

David New has guarded his secrets for years, but when two brothers, John and Andy Ryan, arrive in town and he gets news that the daughter he’s never told anyone about has disappeared, possibly the victim of a heinous crime, and the lives of many of the town residents begin to unravel in the gale force consequences of Jake’s past, he has nowhere else to turn.
God is the only one Who can calm the storms, but can David and the good folks of Serenity Key survive until He does?
A tempest has been brewing for thirty years, with only one island town in its path.

ONCE UPON A STORM

I’m one of those people who love storms. I revel in the lightning that streaks across the sky, the rumble of thunder as it rolls over the air, and I dance to the eerie sound of the wind coming through a crack in the window. Storms don’t frighten me. I’m an East Coast Floridian. I’ve lived through many a tempest.

However, so that you won’t think me completely insane, I have also fled a few hurricanes. In our house, a Cat III storm is something to debate as we watch to see how low the millibars fall at the storm’s center. A Cat IV means gather the important documents, place them into plastic bags and tuck them into plastic tubs, batten down the hatches, and depending upon its projected proximity, hunker down or flee. A Cat V is a no-brainer. Run!

If only the storms in our lives had categories so that we know when to stand and face the winds of life or to debate the direction, or to decide when to flee. Sometimes, the storms of life come at us without warning, with no stirring up of the waters by our own hands. Other times, the storms can be abated by the stance we take, the decisions we make, and by failing to move out of harm’s way, perhaps in an opposite direction.

That’s what my first novel in The Serenity Key series is about: one man stirred up a storm many years prior. The destructive force of that storm amassed because he didn’t take a stand, he failed to make crucial decisions, and he choose to run from a situation that God would not allow him to outrun. Storms in Serenity is a modern-day retelling of the Biblical truths of the aftermath of David’s sin with Bathsheba and the destruction the storms of life that blew apart not only David’s family but also those he called friends.

Mostly, though, Storms in Serenity, is a novel that proves that when it comes to sin, truly, no man is an island.

Fay Lamb writes emotionally charged stories with a Romans 8:28 attitude, reminding readers that God is always in the details. Fay donates 100% of her royalties to Christian charities. Storms in Serenity is the first book in Fay’s Serenity Key series. Fay’s Amazing Grace series includes the romantic suspense novels >Stalking Willow, Better than Revenge, Everybody’s Broken, and Frozen Notes. The Ties that Bind Series includes clean romances of Charisse, Libby, and Hope. Delilah, is coming soon. Fay’s is also the author of The Art of Characterization: How to Use the Elements of Storytelling to Connect Readers to an Unforgettable Cast and she hosts The Tactical Editor blog as well as co-hosts the monthly talk show for authors, Publishing Laine on Blogtalk Radio.

You can find Fay on: 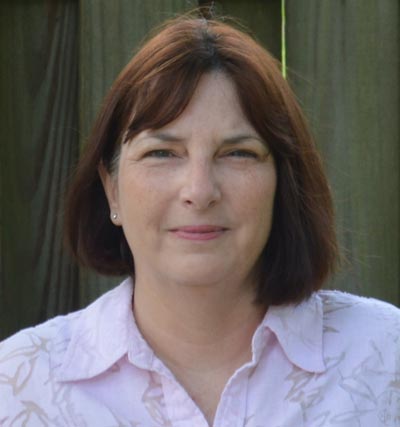 This is a modern version of David and his adultery story. I liked the comparison and the reminder throughout the story from God to the characters. I also really enjoyed the storm.

This author created a lot of characters. In some moments my head was spinning trying to keep up with their stories, or who was doing what. But I really loved that through all the characters there was a tie, and possible hope. As one will find out the characters are all in need of forgiveness, truth and love.

Like the author I enjoy a good storm. This was definitely one of my favorite moments in the book. I also loved that it took place on an island. I would love to live on an island one day.

Serenity where nothing is as serene as it seems. I really loved this location and felt even with the characters having pasts and present issues it was an island to envision. It is funny, islands should seem secluded but it seems that this one was wide open with familiar connections.

Overall, I would certainly continue to read this series. The only down fall was that I felt swamped in characters at moments, but I would also read this story again. I feel we can all take away meanings from this book. that honesty and truth should be first because your past and secrets will come to light.

Readers will enjoy a modern take on a Biblical story of David. It is different, yet familiar to those of faith. I think readers could get engaged with the story and the series.

To celebrate her tour, Fay is giving away a grand prize of an Echo Spot!!Find out all the details and enter to WIN at Storms in Serenity Celebrate Lit Tour.