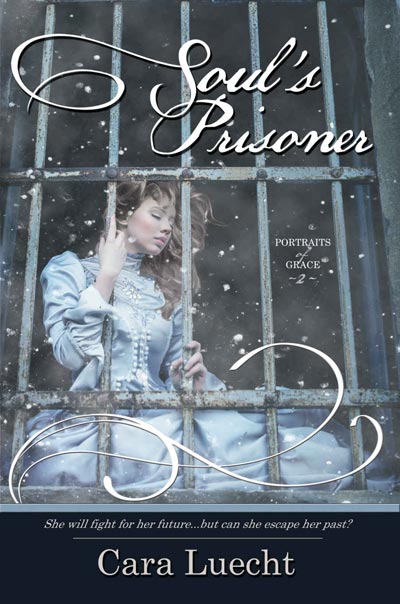 She’ll fight for her future…but can she escape her past?Chicago, Winter, 1891

Rachel is in danger. She s seen too much.

She creeps along the cement walls through the dank underbelly of the asylum. She d never planned to leave her quiet farm life, never thought she d find a place in the city, never imagined she d be in the kind of danger that would have her cowering in Dunning s cold, labyrinthine basement.

Jenny has finally found her place. After a childhood of abuse, she has friends, a real job, and her only wish is to give her adopted son the kind of life she never had.

A life of stability, without the risk and uncertainty of a father.

But when Jeremy, Rachel s brother, stumbles into their warehouse, asking for help to find his missing sister, Jenny s carefully constructed life begins to crumble.

The Setting for Soul’s Prisoner: Dunning Asylum for the Insane

Dunning Asylum for the Insane was built in the 1850s and housed psychiatric patients until the early 1900s. It has since been demolished, and a small park currently stands as the only remaining testament to the people who lived and died on the grounds.

The original plot of land also included a poor farm and a cemetery. A railroad used to connect the grounds to Minneapolis, Chicago, and Milwaukee. It was nicknamed the “Crazy Train”—a phrase that still survives in our language today. Those buried in the cemetery include Civil War Veterans, victims of the Chicago fire of 1871, orphans, paupers, and the residents of the asylum for the insane. Most estimates agree that nearly forty thousand people were buried on the grounds.

There is no doubt that mental illness is hard on families, but in the 1800s, having a family member who struggled with mental illness was an embarrassment. With little understanding of mental health in general, and even less compassion for those who suffered, examples of this tragic response to the threat of mental illness can be seen in the numerous inmates who were there simply due to addiction or depression. There are even cases where women were committed because their families were humiliated by their giving birth outside the bonds of marriage. Often times, challenges with mental health were synonymous with the notion of moral failure or vice. Because of this, even many charities looked the other way when corruption or abuse was exposed. Reporters sometimes wrote about the horrors of the institutions, but once the sensational story was out, and the initial outrage worn away, few worried about the people who suffered on a daily basis. And because of the moral implication of mental illness, families commonly turned over their suffering members to the county, and later simply explained to friends that the person had died.

And that is exactly what the mentally ill would do in the institution. Live there until they died, forgotten.

And that’s how the story played out at Dunning, until late in the 1900s when developers began to dig the roads and foundations for a new neighborhood on the grounds of what was once the Asylum. At that time, Dunning, and the people who had resided there, were still within living memory, so when bones were unearthed, it was no mystery how they ended up on that patch of land. What had slipped from memory was the magnitude of the collective stories of suffering and hardship.

For this novel, the people and events are fictitious. However, when examining old news stories from an institution known for corruption, it is not hard to imagine situations like the ones in the novel. The details that are true are the nearly one thousand inmates, no hot water, little to no heat in the winter, bad food, and the general feeling of living ghosts, intentionally forgotten, and doomed to never leave the grounds.

You can find Cara on: 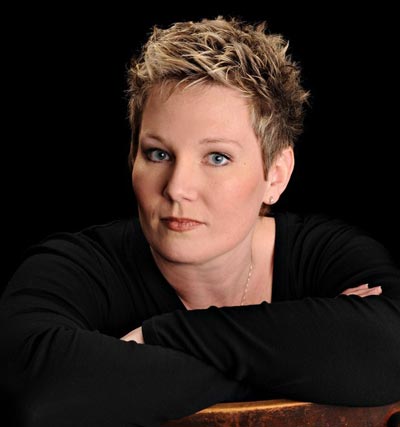 Imagine feeling lost, and trapped in a place that in today’s society is more designed to help than hide people. This novel took me into the depths of mental illness history, and I got to to do this with Miriam, whom we met in Soul’s Cry. Now we are revisiting her in the book the comes before Soul’s Cry, and meeting other wonderful characters that host some intense secrets.

Sometimes I enjoy breaking each character down, and then in cases like this I want to give you an idea of the characters you will meet. Many have names (Rachel, Miriam, Jenny, Winston, Jeremy) but then there are others that become dark in your mind, they twist into the monsters of the asylum “hospital”. As a reader,  I was heartbroken for those that blend into the darkness, nameless, not monsters, but just forgotten souls. There are many in this book that suffer such fate.

But with all the intensity of the setting, our named characters learn to triumph and become the light. Each is a thread in the story of Miriam’s paintings, but they are real and full of life.

Though it was one of the darkest settings I have read, it was one I also really enjoyed. The author detailed the truth of what really happened in mental hospitals during this time in the unsavory history of them. I really enjoyed this part of the book, the mystery, the intense pressure on faith and the persevering to do what is right.

A period drama, with a setting that hosts a dark history. This was probably one of my favorite reads this year because of the setting. I loved it, being transported into the past, and into parts that aren’t talked about as much. It was a nice way to shine light on some truth.

Even with moments of intense darkness from the setting, this one beautiful story. Family plays a giant role in the brightness of this story. Healing characters with love and light, I loved that there was ways to see the light for the characters even when we were in the dark.

That is something that carried with me, finding the light even when we feel trapped in the darkness, like Rachel we must face those that create the darkness but also help to create light for others.

It may seem intense but this was a beautiful read, did you read it yet?

To celebrate her tour, Cara is giving away a grand prize of a signed copy of Soul’s Prisoner and sketching art supplies!! For more information or to enter the Celebrate Lit Soul’s Prisoner Giveaway!