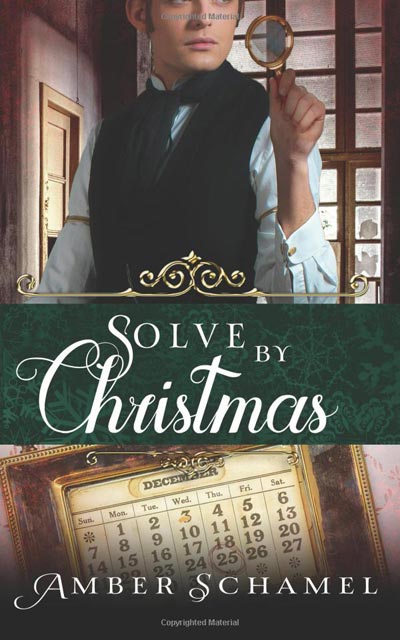 When sabotage threatens the Rudin Sugar Factory, Detective Jasper Hollock believes this will be his first real case. But dear Mr. Rudin—the only father Jasper has ever known—holds a different assignment for his private investigator.

“I’ve struck a deal with God, Jasper, and you’re my angel.”

Mr. Rudin charges Jasper to build a “case” of reasons for his employer to continue his life. If he fails, Mr. Rudin will end it in suicide on Christmas night.

As the incidents at the factory become life threatening, Jasper’s attempts at dissuading Mr. Rudin prove futile, and Jasper is left staring at the stark reality of his own soul. Time is ticking. Jasper must solve both cases by Christmas before Mr. Rudin, the company, and Jasper’s faith, are dragged to perdition. Will this be the Christmas Jasper truly discovers what makes life worth living?

“Amber Schamel’s engaging prose weaves together not one, but two edge-of-your-seat threads in this historical mystery. With the hero racing against time to solve the two cases readers will be kept guessing as they attempt to crack the case. “ ~ Laura V. Hilton author of Christmas Admirer (Whitaker House)

Thank you so much for joining us on the Celebrate Lit blog tour for Solve by Christmas!! I am so excited you’re here. For this special event, I wanted to share the inside scoop behind the story.

Solve by Christmas is a historical Mystery set in Denver during the great blizzard of 1913. It has a unique storyline, so people often wonder where the idea came from. Honestly, it was one of those ideas that just popped into my head, then took on a life of its own and evolved over several weeks.

I wanted to give my readers a new story before the year was out, but I didn’t have a specific plot in mind. I did know I wanted to write a Christmas story. So, I had that much. Then I decided I wanted something with a firm deadline.” If this doesn’t happen by this date, everyone dies” sort of thing. Then “By Christmas” popped into my head and flicked on a light. What if Christmas was the deadline?

I’ve always loved detectives and mystery stories, and they go perfectly with deadlines. So, then I thought, what if a detective must solve the case by Christmas or death wins?

Sometimes, as an author, there are ideas and thoughts that seem to come out of nowhere. Almost like God dropping a card into your mental mailbox. The next point of Solve by Christmas was that way. What if a detective was assigned a case that he had to solve by Christmas, but it wasn’t a real case –at least not the type of case he wanted—but something completely different? From there, the story began to really take shape.

The next step, of course, is to come up with a character to be the detective. I wanted the story to have a Sherlock Holmes feel, so I started by studying his character a bit. But my story also has a less serious side since it isn’t a murder mystery and takes place at a sugar factory. I wondered…what would happen if you took Sherlock Holmes and meshed him with Barney Fife?

Now THAT would be hard to pull off. But I was determined to try. So, I made a list of Sherlock Holmes traits, and one of Barney Fife’s traits. I began to see that they actually DO have several similarities. They’re both a bit socially awkward. They both have a very similar flavor of pride. And they both have this air of authority…although Sherlock can back his up while Barney struggles in that area. Then I began to pick and choose between the traits that were left, this Barney trait, this Sherlock trait, and pretty soon I had Detective Jasper Hollock forming on the page. Whether you will get a Barney Fife and Sherlock feel when you read Solve by Christmas, I can’t say. But I do believe I was successful in creating a unique, quirky character that will bring this Christmas mystery to life.

There you have it. The scoop behind Solve by Christmas. I hope you enjoy the story, and best wishes in the giveaway! I will be stopping by along with Jasper and Denny (the two main characters) to answer any questions you may have about the story or the characters, so please do leave us a comment.

Amber Schamel writes riveting stories that bring HIStory to life. She has a passion for history, books and her Savior. This combination results in what her readers call “historical fiction at its finest”. A homeschool graduate from a family of 12 children, Amber found her calling early in life. First published at age 21, she has continued to hone her craft and has been awarded the 2017 CSPA Book of the Year Award in Historical Fiction. Between ministry, family and working in their family-owned businesses, Amber loves to connect with readers and hang out on Goodreads with other bookish peoples. Find her on the Stitches Thru Time blog, or on any of the major social media sites. Amber is an active member of American Christian Fiction Writers.

You can find Amber on: 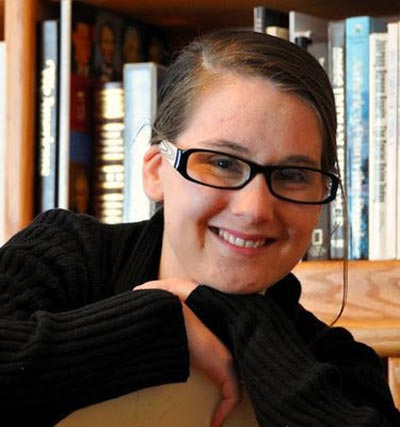 If you are looking for a nice and wholesome mystery to bring the holidays in, look no further than Solve by Christmas.I was taken away and to Denver during the era of the story, I also learned we all may host this mystery in ourselves.

A refreshing male protagonist, Jasper is a detective in the making. He is determined to solve not one but two mysteries before Christmas. He has a kind heart and a manner of ambition that makes him very likeable.  Along the way Jasper meets others that help him put things in perspective and that maybe he does need a Watson to his Sherlock.

I am going to try and not spoil the story with my favs here. Jasper is looking to help Mr. Rudin with the ultimate mystery, and I truly was surprised with this in the beginning. I wasn’t thinking much on what the mystery would be and it was right there in the first few pages. It was so unique that I was thrilled to have a christian fiction mystery lead this way. Trust me it is beautifully done.

If this book is a testament to this author’s ability then she is sure to be soaring to the best seller list. I couldn’t believe how amazing this book was, and I am dearly hoping we will have another Jasper encounter. This is my type of mystery and I hope that Amber and Jasper are called for another case.

Have a question for Amber or the characters, leave them here for them to answer!

DON’T Forget that commenting on this post gets you 9 extra entries!