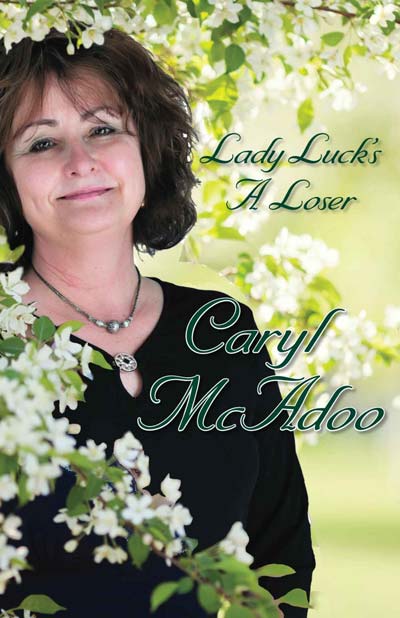 Wealthy recluse W. G. Preston advertises for a woman to serve as manager of a bed and breakfast, but in fact, really seeks a wife. He plans a competition among eight female hires where one each month will be sent packing, planning to marry the final survivor.

The women are a diverse lot. The widow grandmother Marjorie is witty and friendly yet naive. Vicki hides her enchanting vulnerability with a queenly persona. Audrey is a great listener but quite moody. The cute Natalie can’t make friends while the beautiful ballerina Virginia acts snobbish. Energetic Holly can lift anyone’s spirits, but ruins her wholesome image, and Charlotte, the Southern Belle is knowledgeable but makes sure everyone else knows it. Dorothy is quite a leader, but Preston does not need a manager, he wants a wife. Which one of this octet will win the prize? 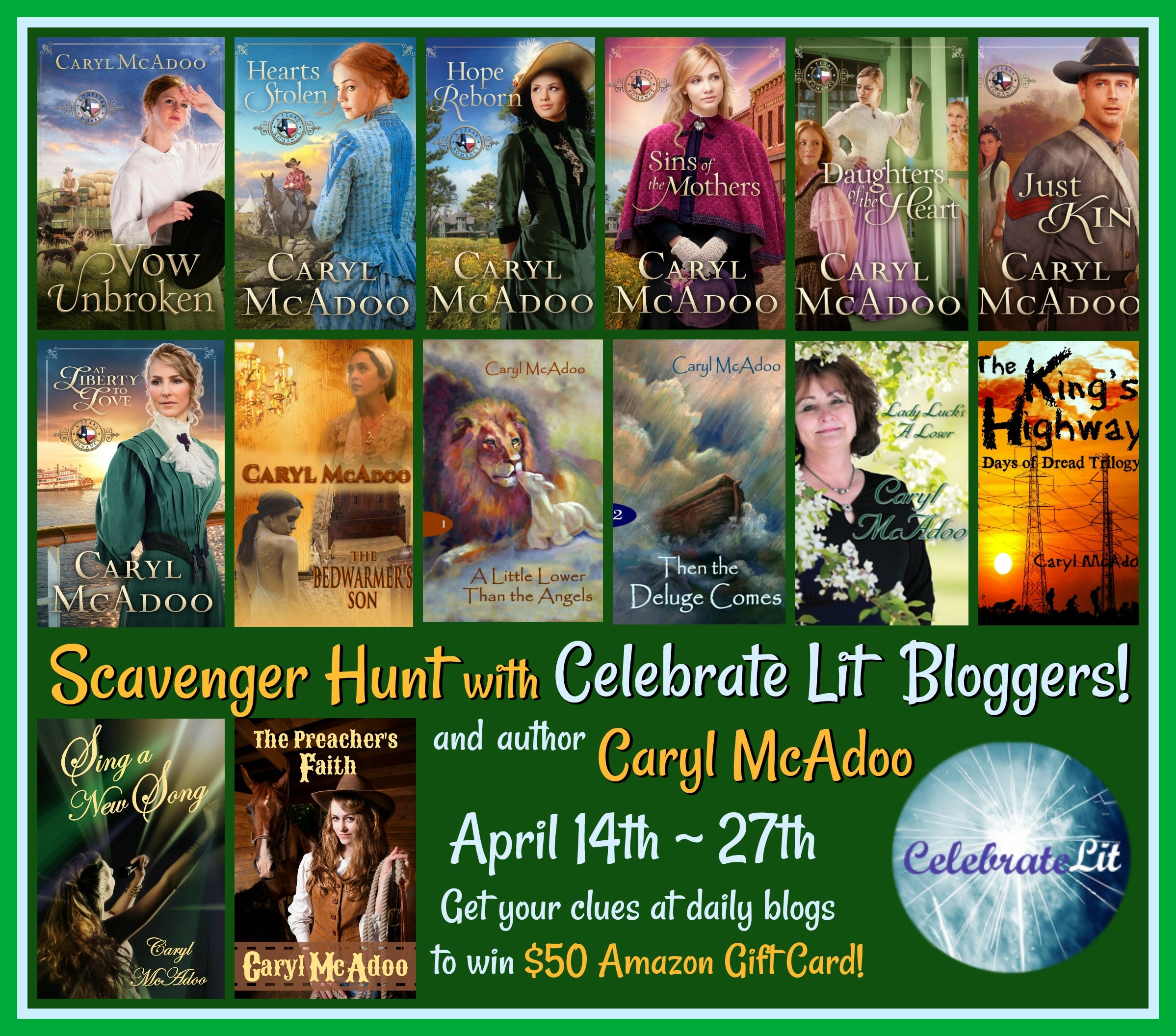 Before she finished the two page questionnaire, she sensed being watched, but resisted the urge to look.

She glanced over. A large man blocked the doorway.  His face, partially covered by the wide brim of his leather hat, appeared weathered, but handsomely rugged. She guessed him to be around her age, late forties, maybe early fifties. It flat wasn’t fair that men aged so much better than women. He seemed hard, but a smile might soften him up some.

“Yes?” She shouldn’t dislike him just because he didn’t show his age. “Good morning. I’m not quite finished here. Are you Mr. Preston?”

He nodded once and stepped aside. “Please come on in.”

She rose, gathered her purse and sweater, then cleared her throat. Something about him eroded her confidence. Her voice quivered as she repeated, “My grandmother had a porch swing I loved.” She touched her throat and swallowed. “But that was a long time ago.” Why suddenly so nervous?

The entry’s twenty-foot ceilings amplified the long and narrow dimensions of the unusual room. On the left, the wall showcased a large false window with green shutters. Ceiling-to-floor bookshelves on either side bulged with old books, and a piano beneath the faux window finished the quaint setting.

Nestled between that area and the next, a long hall with several closed doors turned off to the left. As she passed through the second area—an antique sitting arrangement—the aroma of coffee drifted from the kitchen on her right.

“This floor here came out of a skating rink in Monroe, Louisiana where my wife used to skate when she was a little girl.” Mr. Preston chuckled. “Made a mistake trying to salvage a piece from the corner section. Took forever to get it sanded down and installed.”

“Oh, how unique! That’s so interesting! I’m sure your wife appreciates all your trouble.”

“She did. She passed a few years ago.” Preston pointed to a door on the right at the end of the room, allowing her to walk ahead. “My office is through there.”

“Certainly, sorry about your wife.” She wanted to turn and enjoy a closer inspection of the curious hall, but instead, breezed past him toward the back.

Hundreds of glass panes in old windows mounted side by side created the end wall, allowing a spacious view across a screened porch to the back yard. A calico cat leapt high into the air with her paws spread playing with a gray tabby. Paned French doors led to the porch, and she wanted to investigate, but turned right following his directions and stepped into a warm, masculine room. Embers glowed in the fireplace.

Preston motioned to a wing-backed chair and remained standing while Marge seated herself, then went around behind a large desk and leaned on his worn leather chair.

“How about a cup of coffee?”

“Why, thank you. I’d love some even if I usually don’t drink it this late in the day. It smelled so good when we came through.”

She smiled as he left then returned to the questions on the application. Her cheeks grew warm when some of the information seemed more personal than business related, but she’d never applied for such a position.

Did she have any tattoos? Well, she never!

And why would he need to know the names of her children and grandchildren, and their ages? A bit of disgust at her ignorance of what was permissible chided her, but she chose to excuse much of it because of the unusual situation. After all, she would be living there. Hmm. Would the widower, too? That might be a problem. Then maybe he would live in one of those cabins she passed on the two lane trail coming in. Surely he wouldn’t expect…

Preston returned, and she accepted the steaming cup and she handed him the clipboard. While he sat down and examined the application, she sipped her coffee and studied him. Fifty, at least. Hmm, he moved his lips as he read, but not a lot.

Preston looked up. “You’re a widow with no dependent children?”

“Yes, that’s right, but there’s something I’d like you to know, Mr. Preston, before we proceed any further. I left a question blank there. I don’t see that it’s any of your business whether or not I have a tattoo.”

He leaned back, but his eyes never left hers. She stared back until he laughed.

“You’re absolutely right. You don’t have to answer that question. I shouldn’t have had it on there. Please forgive me.”

He scooted his chair forward, focused on her answers a minute, then looked up. “So how long’s it been since your husband’s death?”

“Five years since my Walter passed.”

“Interesting.” He turned his eyes back to the form and continued reading.

She wanted to know why her husband being dead five years was interesting, but thought it best to let him ask the questions for the time being. Her focus returned to the room. Old weathered pine covered the walls. Brick showed through some of the knot holes on the one shared with the kitchen. And it had a window in it. How odd, a window on an inside wall. Hmm.

Before she completed her inspection, he cleared his throat. “How does four thousand a month plus room and board sound?”

“Four thousand? Per month? Well, it sounds great, but – ” She paused. “Well, I guess you can see there I’ve never managed a bed and breakfast. You do understand that?”

“Exactly the way I wanted. Nothing to it, really. Just treat the guests like family and treat me like a guest.”

So he would be there.

I truly didn’t know what I was getting when I had this book land in my Amazon cart. I know Caryl’s work is delightful so that was going to surprise me. I found myself finishing this book and wanting the next story. The style of a journal entry and each character’s mind takes a reader through quickly.

This is where I got tripped up a few times. I couldn’t always swap from character to character mentally. I would find myself going back and seeing who’s head I was in. Now I love that it was a bachelor style scenario. Each woman gets to show up and give it her all, Marge is clearly the one we all root for, and Vicki rubbed me instantly the wrong way. There was  the organizer, truly that is what she loved to do, I wish she would come organize my house. Then a few that are created to make a reader say ” Oh, no”. Mr. Preston will certainly give us insight through his journal and there is plenty of surprises with this group!

The setting is in Texas, and boy does the author deliver in making a reader feel like she is there.I could feel the heat from the days, and the cool mornings. I really loved the dialect that Caryl used, it felt authentic to the area and time.

Overall, the only downfall for me was the characters that were close to my age were the ones that were the vixens and I personally didn’t want to be grouped in that age group throughout the book. Being in my twenties I didn’t always relate to Marge but she was so lovable that I enjoyed her like she as a fictional mom. It is a fun read, and will certainly make a reader smile.

Happy Hunting Readers, I would love to know how you are enjoying the second day of the hunt. Looking for your word? It’s down below! May the books be ever in your favor.

To celebrate her books and the scavenger hunt, Caryl is giving away a $50 Amazon Gift Card ! Find out all the details and enter to WIN at Caryl McAdoo’s Scavenger Hunt Giveaway.

Word for this stop: Family