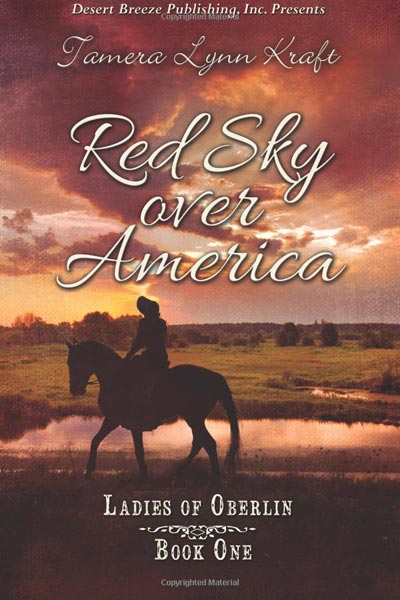 Obedience is better than sacrifice…and trumps romance, no matter how sweet.

Profound loneliness propels a childless widow west with the idea of choosing an orphan to share her life. On the way, a fellow traveler takes her by surprise. She never dreams, is unprepared, doesn’t need another man, but can’t get him out of her head…or heart. He’s so perfect—every bit the one she’d searched for as a young woman—except his mistrust of God has erected a wall she cannot breach.

Marcus Ford blames God and struggles for peace after losing his wife and baby. Not once has he considered another woman could be the answer, but the widow is like none other he’s ever met. He falls hard, but plans are taking him east. Hope dashed sends two hearts into the pit. If only Ford could forgive God or the widow ease up on her adamant resolve.

Before the Civil War, Ohio had the largest Underground Railroad of any state in the Union. It is believed that every county in Ohio had a route. Many slaves would escape over the Ohio River and through Ohio on their way to Canada. This was a dangerous undertaking because, even though Ohio was a free state, the Fugitive Slave Law made it so anyone helping escaped slaves could be fined and jailed.

One small town, Ripley, Ohio, is believed to have helped more slaves escape than any town in Ohio. Ripley is located on the banks of the Ohio River across from Mason County, Kentucky.

One man who helped slaves escape was a freed black man named John Parker. Parker was educated by his master in Virginia and eventually bought his freedom. He traveled to Ohio and opened a foundry on Front Street facing the Ohio River. He was the first black man to earn a patent for one of the inventions he used in his foundry. At night, he would search the Ohio River looking for escaped slaves and helping them find their way to an Underground Railroad Station.

Rev. John Rankin, a Presbyterian minister, owned a house on top of a hill in Ripley. He built one hundred steps to the house that could be seen on the other side of the river. At night, he would light a lantern and hang it from the porch to signal slaves that it was safe to cross. It is estimated that over 2,000 slaves escaped through the Rankin House. None of them were ever recaptured. Harriet Beecher Stowe wrote her famous novel, Uncle Tom’s Cabin, about the escape of the slave, Eliza, after hearing the story from Rev. Rankin.

Rev. John Rankin’s house is in my novel, Red Sky Over America. John Parker also is introduced as a minor character. The story takes place on the Ohio River in Kentucky across from Ripley where all these exciting events happened.

Oberlin College: A School Ahead of Its Time

My current novel series, Ladies of Oberlin, is about 3 women roommates who graduated from one of the most amazing colleges in American history, Oberlin College. Book 1, Red Sky Over America focuses on America, a woman attending Oberlin who is an abolitionist studying to become a missionary. The problem is her father is a slave owner. Here’s a little bit about this amazing college.

Oberlin College, founded in 1833 in Northern Ohio, was a college ahead of its time in many ways. In 1835, it became the first college in the United States to regularly admit African Americans. It’s also the oldest co-educational college in the US. In 1837, it admitted four women, three of whom graduated and earned a college degree. Mary Jane Patterson, another Obeberlin graduate, became the first African American woman in 1862 to earn a Bachelor of Arts college degree.

One of Oberlin’s founders once bragged that “Oberlin is peculiar in that which is good”. Oberlin was peculiar in many ways in advancing the causes of the time. Charles Finney, the second president of the college, helped it earn its controversial reputation. He was the fiery evangelist of the Second Great Awakening, a Christian revivalist movement in the early and mid 1800s.

Oberlin College was the hotbed of abolitionist activity and a stop for the Underground Railroad before the Civil War. It was once called “the town that started the Civil War” because of its participation in the Oberlin Wellington Rescue in 1858. Slave catchers came to Oberlin to capture an escaped slave and return him to Kentucky. Most of the town came to the slave’s aid and rescued him. For their trouble, over twenty were arrested and put on trial for violating the Fugitive Slave Act. During the raid on Harper’s Ferry by John Brown, three men from Oberlin participated.

Oberlin was also very well known in the missionary movement of the late 1800s. Between 1860 and 1900, 90% of missionaries sent overseas by the American Missionary Society were graduates of Oberlin College. Between 1899 and 1901, thirteen missionaries from Oberlin were martyred during the Boxer Rebellion of China. An arch in Tappan Square at the center of Oberlin pays honor to their sacrifices.

Tamera Lynn Kraft has always loved adventures and writes Christian historical fiction set in America because there are so many adventures in American history. She is married to the love of her life, has two grown children, and lives in Akron, Ohio. Soldier’s Heart and A Christmas Promise are two of her historical novellas that have been published. She has received 2nd place in the NOCW contest, 3rd place TARA writer’s contest, and is a finalist in the Frasier Writing Contest. Tamera is the leader of a ministry called Revival Fire For Kids where she mentors other children’s leaders, teaches workshops, and is a children’s ministry consultant and children’s evangelist. She has curriculum published and is a recipient of the 2007 National Children’s Leaders Association Shepherd’s Cup for lifetime achievement in children’s ministry.

You can find Tamera on: 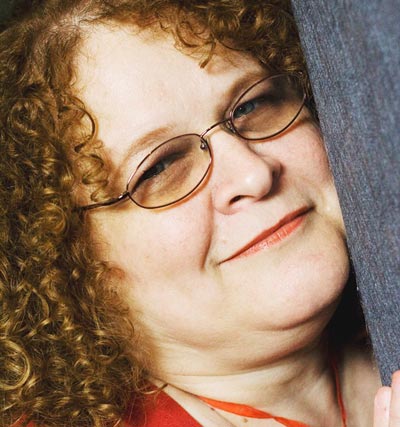 Enter into a novel that sets us before the Civil War. With a female character that knows what her family is doing is wrong, will she stand up for what is right? America, is a young woman and she is willing to go far for the word of the Lord and for freeing slaves. She is seeking change. Change in her family’s way of dealings, her father’s beliefs and the beliefs of her southern neighbors. It is an engaging and riveting novel of slavery, freedom, and love.

America is wise and more forward thinking beyond her years. I loved that she started off showing readers her liberal and progressive side, not following the southern belle form. She pushed the boundaries and limits of the era and I personally love when female characters are standing up for what is right and true not following what others do.

I really loved when William decides that America must go with him back to Oberlin, and he won’t take no for an answer. Lets just say that he creates some creaks in the night and certainly will lead readers to smile. In fact, he and America find a way to smooth it all over in the end.

Pre-Civil War era, when the country was boiling over into the war. You could feel the tension between the North and South in this book. Though written from a Southern geographical setting, this book was more Union than Confederate. I loved the pre-war setting, it isn’t often that we get a book that sets the stage to the war, and doesn’t have the war. This worked well.

Overall, I really loved this book. I loved the premise of the novel, the characters (especially America), and the setting prior to the Civil War. It was well written and engaging, the book had great research to it and it felt real. I loved that as a reader you are instantly drawn to the character, America and her strength along with her growth. It will delight readers to stay up and finish this novel.

To celebrate her tour, Tamera is giving away a themed basket with autographed books of Resurrection of Hope, Alice’s Notions, Red Sky Over America, a copy of Uncle Tom’s Cabin (the book is mentioned in the novel) and a copy of Then Sings My Soul (stories about the hymns), plus a $10 Amazon Card!!! Find out all the details and enter to WIN at Red Sky Over America Celebration Tour Giveaway.