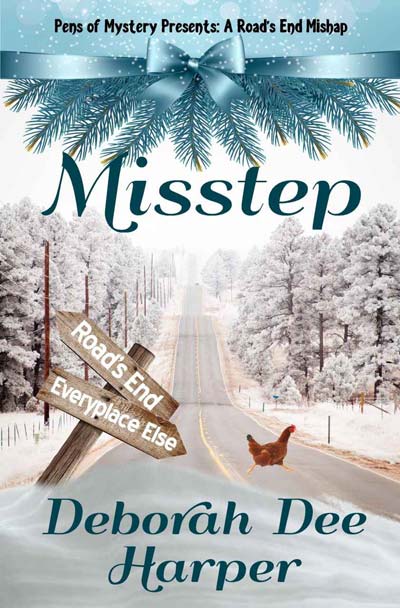 Winnie and Sadie are still fighting, and I’m still living in the strangest town on earth.

It’s December in Road’s End, Virginia, a tiny town long forgotten by anyone but its residents, where Colonel Hugh Foster and his wife, Melanie, have chosen to live—for better or worse. The jury’s still out on that one!

Road’s End is comprised entirely of senior citizens whose kids have grown and left for greener pastures. Hugh, Melanie, and Bristol (one of the few sane people in town) are faced with a crumbling church in desperate need of repair and renovation, a dwindling congregation of opinionated, ornery senior citizens, and a camel—yes, a camel. And if that’s not enough, the trio and the rest of the Road’s End residents, are soon mired in danger and intrigue when a group of gun-toting drug dealers arrive in town, bent on killing the church handyman, and conspiring to ruin the doggonedest record-breaking blizzard the town has ever seen.

Deborah Dee Harper is the author of Misstep and Faux Pas, the first two books in the Road's End series, an adult humorous/inspirational novel, published through Write Integrity Press. Misstep was a finalist in the 2009 Jerry B. Jenkins Christian Writers Guild Operation First Novel competition.

She's also authored a kids' adventure series, Laramie on the Lam (Laramie and the Law, Laramie and the Land of Liberty, Laramie and the Great Yorktown Battle, Laramie's Superior Quest, Laramie and the Mighty Yukon Rescue, and Laramie Conquers the Last Frontier), originally published through Echelon Press. It is now being re-released by Write Integrity Press in the spring of 2018 in six separate volumes.

She is represented by Linda Glaz of Hartline Literary Agency and currently resides in Tennessee. She recently returned from a year living in Alaska where she stalked wildlife, hiked to glaciers, took thousands of pictures, wrote, loved the endless summer days and the equally endless dark and snowy winters, endured the occasional earthquake and erupting volcano, and marveled at the northern lights. She's back in Tennessee now and loves the gentle hills, warmer temps, and the relaxed pace of southern life. Alaska was wonderful, but Tennessee is home. 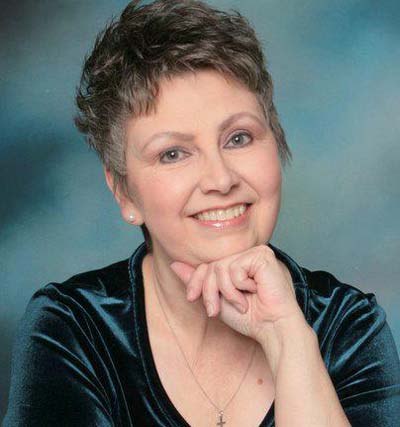 Welcome to Road’s End it is the place where chickens roam, mystery happens and people become the reader’s new friends. It hosts a charming and delightful story that I felt was perfect for this reader. I know that many could really like this story and find the characters and chickens to be fantastic.

Not going to lie, I was in love with chicken characters. They weren’t the stars but they added some fun to the story! It was neat to have them have such personalities and flares for drama, okay chickens don’t have drama.

Road’s End, VA where readers come for smiles, laughs and a great story. I would be thrilled to travel here time after time through the pages of a book. It is as charming to me as the Mitford series setting.

I applaud this author, she has really given a book that readers can stand behind and absolutely fall in love with. You will laugh and beg for more. I know I am ready for the next book and the next adventure in Road’s End. It is a book that many will find a piece of themselves in through the characters and charming setting.