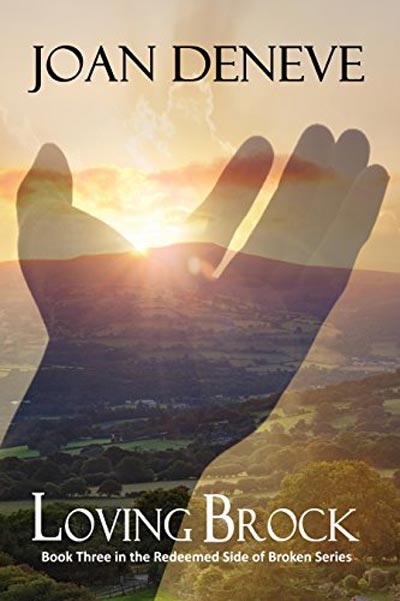 For years, Brock Whitfield served God with joy and contentment at the mission hospital he founded in Angola.

When Joy Stockman joined their team as a surgical assistant, he found a woman whose zeal for God and heart for people equaled and in many ways surpassed his own. Before he knew it, his admiration and respect for her blossomed into love. After years of serving alone, Brock began to hope that God was giving him another chance to love and be loved in return.

A crisis arose within the family causing Brock to put his personal plans on hold. As he prayed for guidance, Brock’s faith and obedience were put to the ultimate test as God brings the perfect person into his life and then asks him to give her up.

Joan Deneve enjoys being a wife, mother, grandmother, teacher, and author, but her favorite role and defining title is that of Christian. Joan teaches English in a Christian school and has a passion to help young people fall in love with Christ and equip them to become all God wants them to be.

Joan shares her life with Rene’, her husband of forty years. Together they reside in Prattville, Alabama, a quaint city with southern charm and hospitality.

Joan loves to laugh and spend quality time with family and friends.

You can find Joan on: 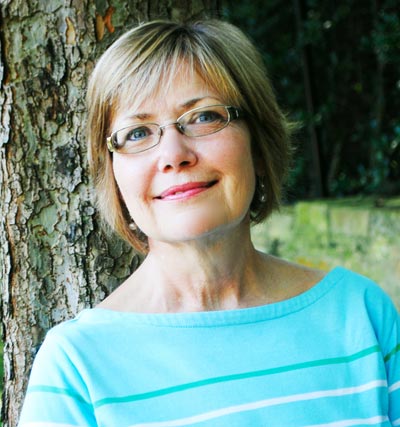 Serving, Loving, Faith, and personal growth happens in this impressive novel. I was amazed to know Brock and Joy were in their 60’s it certainly didn’t appear that way through the book unless stated. It was was a beautiful testament to a person’s faith and undying devotion to God, and family. Love can make a heart sing but sometimes God has a different plan for us all.

As a reader of this book I felt awe through many moments of this novel, I couldn’t imagine being in Africa. It was wild and untouched in this book, in a manner that also a reader to be transported to the villages as a missionary.  Though a work of fiction this book will make you truly have emotions and thoughts that bring you closer to God.

How far would you go if God was asking your heart to mission? 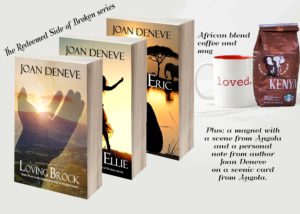 To celebrate her tour, Joan is giving away a grand prize of the entire The Redeemed Side of Broken Series, African blend coffee, coffee mug, a magnet from Angola, and a personalized message from the author on a special card from Angola!! Find out all the details and enter to WIN at Loving Brock Celebration Tour Giveaway.