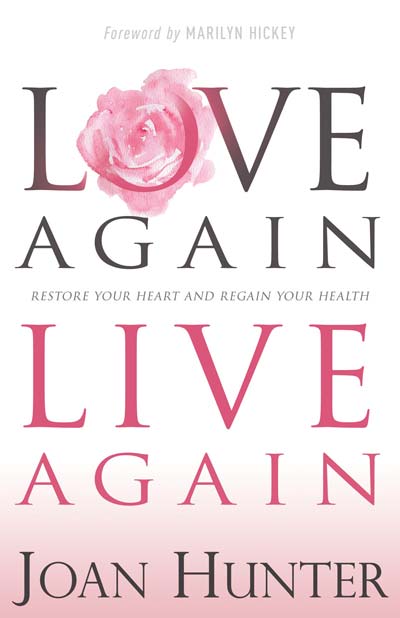 Everyone gets their feelings hurt in life. As these wounds fester and compound throughout life, they become scars that affect our current relationships. Anyone suffering from a wounded heart feels a sense of separation from people, but the separation it creates from our heavenly Father is far worse for our mind, body and soul. “Broken Heart Syndrome” is a recognized medical condition. Tests show that the pain caused by relational stress or trauma releases stress hormones to circulate through the body. This causes the inner layers of the heart to shred, damaging the cardiac muscle and its capacity to pump blood throughout the body. The chest pain this can cause resembles a serious heart attack. Stents or angioplasty can treat blocked vessels, but modern medicine still has no quick fix for a broken heart. Joan Hunter reveals how to heal your heart from past hurts. To do this, you must be set free from the trauma of past relationships that prevent you from giving of yourself to those most important to you today. In doing so, you will also restore your most important relationship—the one with your heavenly Father.

Everyone has had their feelings hurt by parents, siblings, spouse, children, teachers, friends, or coworkers. Whether you realize it or not, those wounds affect your current relationships. Anyone suffering with a wounded or broken heart feels a sense of separation. Often, you feel that the separation from “man” is the problem. But in reality, separation from your heavenly Father is what causes the worst pain in your mind, body, and soul.

After ministering and teaching about a “Broken Heart Syndrome” for several years, I discovered that there was an official medical diagnosis by that name. Tests have shown that the inner layers of the heart actually shred, which damages the cardiac muscle and its capacity to pump blood throughout the body. Any interruption of the electrical system imbedded in the muscle hinders the heart rhythm and can lead to death or permanent damage. Usually caused by extreme stress or trauma, which precipitates an excess of stress hormones to circulate throughout the body, the resulting chest pain can resemble a serious heart attack.

The diagnosis is made by ruling out a heart attack, which is caused by blocked or collapsed cardiac blood vessels. While stents or angioplasty can treat blocked vessels, there is no quick fix for a broken heart. Broken Heart Syndrome does not block blood vessels and it can sometimes heal within a month or so. It can be caused by an extreme stressful/traumatic situation such as the death of a loved one, divorce, severe sudden illness, injury, or extreme shock.

This book reveals how to heal your heart from those hurts. To do this, you must be set free from old relationships that prevent you from giving of yourself to those most important to you today. You will also see how these principles affect your most important relationship—your relationship with your heavenly Father.

Joan Hunter is an anointed healing evangelist, a dynamic teacher, and a best-selling author. She is the founder and president of Joan Hunter Ministries, Hearts 4 Him, and 4 Corners Foundation, and she is also the president of Hunter Ministries. Joan’s television appearances have been broadcast around the world on World Harvest Network, Inspiration Network, TBN, NRB Word Networks, Daystar, Faith TV, Cornerstone TV, The Church Channel, Total Christian Television, Christian Television Network, Watchmen Broadcasting, and God TV.

Joan has also been the featured guest on many national television and radio shows, including Sid Roth’s It’s Supernatural!, It’s a New Day, The Miracle Channel, The Patricia King Show, Today with Marilyn and Sarah, and many others. Together, Joan and her powerful international healing ministry have conducted miracle services and healing schools throughout numerous countries in a world characterized by brokenness and pain. Her previous books with Whitaker House include Healing the Whole Man Handbook, Healing the Heart, Power to Heal, Supernatural Provision, Freedom Beyond Comprehension, and Miracle Maintenance.

Joan lives with her husband, Kelley Murrell, in Magnolia, Texas. Together, they have eight children—four daughters and four sons—and seven grandchildren.
joanhunter.org 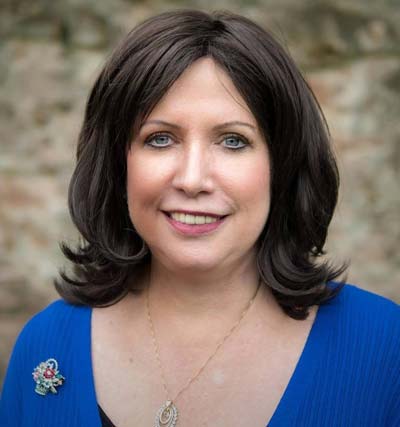 There are many points in this book that are very helpful. I found myself at points encouraged and understanding of the message Joan was sharing. I think that this book could be helpful to many, especially if you have felt any of the heartache Joan mentions. I could see how some may choose to not like this book and her interpretation of the Bible, but I think that she has a clear message of building your relationship with God and healing your heart through him. Overall, there were points I found helpful and useful for my own heart, and for that, I am very grateful.

To celebrate her tour, Joan is giving away a grand prize of a $20 Starbucks gift card!!

Be sure to comment on the blog stops for nine extra entries into giveaway!

Find out all the details and enter to WIN at Love Again, Live Again Celebration Tour Giveaway.