Kappy King and the Puppy Kaper 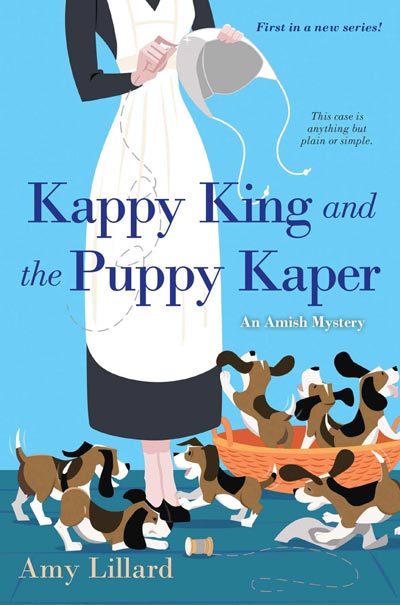 Content to be unmarried and plain-spoken, Kathryn “Kappy” King is an odd-woman-out in the Amish community of Blue Sky, Pennsylvania. But she’s skilled at making the special kapps local women need to cover their hair. And she might be the only one who can unearth the danger hiding in this peaceful valley . . .

When Kappy’s neighbor, Ruth Peachey, turns up dead in her yard, everyone in Blue Sky believes it’s a tragic accident. Until the Englisch police find the gentle dog breeder was deliberately struck down—and arrest her mentally-challenged son, Jimmy, for the crime . . .

Jimmy’s sister, Edie, returns to Blue Sky clear his name, yet no one will speak to a shunned former Amish woman, much less give her information. Determined to help, Kappy starts digging for the truth among her seemingly-innocent neighbors. But suddenly a series of suspicious “accidents” threatens Edie and the Peachey farm—property Edie is determined to protect for her brother’s future.

Now, as danger looms large in the small community, Kappy must bait a trap for a killer snapping hard at her heels. And Edie must decide whether to make a home once more in the town she thought she’d left behind . . .

Blue Sky, where I live, is usually a quiet place. You know, in things happening. There are noises. Lots of noises. Dogs barking and horns honking. The whir of the carriage wheels on the pavement mixing with the clop of the horses’ hooves as they go along. There are lots of noises in Blue Sky.

I’m Jimmy Peachey, and I have lived in Blue Sky my whole life. I love it here. I have puppies to look after and before she died my mamm let me have ducks and gerbils to care for as well. I love the gerbils. They are my very own business. I raise them and sell them for my own pocket money. I also take care of the puppies my mamm breeds. She is one of the top breeders of beagles in the area—Amish or English. Oh, did I forget to tell you that? Jah, I am Amish.

Edie Peachey and I are related. She’s my sister. But she hasn’t lived in Blue Sky in a long time. She wanted to get out and experience the English world, but since she had already joined the Amish church, this isn’t allowed. Now she is shunned. Well, I don’t shun her and neither does our neighbor, Kappy King, but most everyone else does. It’s complicated.

But I’m extra glad Edie has come home. See, our mother died and the police think someone might have killed her. I don’t know who would do such a thing. My mamm never hurt anybody. I’m old enough to take care of myself, but I’m still glad Edie is here. I’ve heard people talking and they say I’m special. I know I’m a little different than most folks, but I can still take care of myself, despite what Edie thinks. But I’m still glad she’s home.

And I’m glad she’s becoming friends with Kappy. Maybe if they become good enough friends, then Edie will stay. She might even rejoin the church! Wouldn’t that be something? Every time I say something to her about it, she tells me not to hold my breath. Like I would actually do that. Pfft….

Anyway, I’m glad you came by today and I hope you’ll read all about how Kappy and Edie found Mamm’s real murderer. It’s quite an exciting story. At least I thought it was. And the puppies too. And I hope while you’re reading this story, you learn a little bit about Big Valley and the Amish and Mennonite communities here. It’s really something. Third oldest settlement in the United States, three different kinds of Amish driving three different color buggies and—

Well, perhaps you should just read it for yourself. For now I’ve got to go. It’s time to feed the puppies.

Chow! (I think this means good-bye, but I’m not really sure. I heard some English boys say it to their friends and I thought it sounded neat to say. Maybe it just meant they were hungry.)

Amy loves nothing more than a good book. Except for her family…and maybe homemade tacos…and nail polish. But reading and writing are definitely way up on the list.

Born and bred in Mississippi, Amy is a transplanted Southern Belle who now lives in Oklahoma with her deputy husband, their genius son, two spoiled cats, and one very lazy beagle. Oh, and don’t forget the stray kitty that has taken up residence on her front porch. ^..^

When she’s not creating happy endings, she’s chauffeuring her teen prodigy to guitar lessons and practice for whatever sport he’s into this week. She has a variety of hobbies, but her favorite is whatever gets her out of housework.

Amy is an award winning author with more than thirty novels and novellas in print. She is a member of RWA, ACFW, NINC, and the Author’s Guild. She loves to hear from readers.

You can find Amy on: 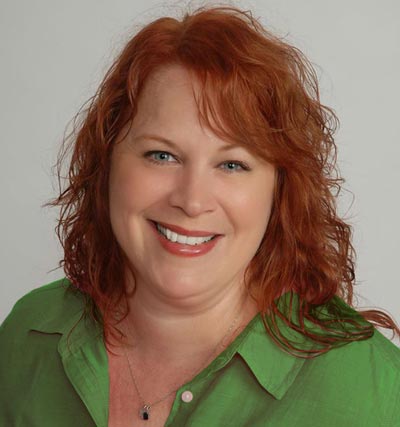 Kappy King may seem odd to her Order, but to me she is one of the best Amish characters I have ever come across. Give her the chance to show her true heart, and her mind, you will be eager to read her next adventure! This was a delightful, sweet, Amish mystery that kept me going to the last page.

Well, you have met Jimmy (Guest Post) and then you know there is Kappy King, but we also have a detective that is certainly growing on Edie (Jimmy’s sister). We have many local Amish characters that pop in through out the story, and Elmer the lovely puppy.The author did a really nice job bringing each character to life, but she out did herself with creating Jimmy. Jimmy is very special, and I feel that the author wrote him with kindness and such love that as someone that works in the special education field, I was very pleased to see this in the works. It isn’t easy to write characters that have special needs, and Jimmy shined like a star.

Kappy is neat. I really love that she is the local kap maker, following in her aunt’s footsteps. She didn’t really want to get too involved with Edie and the mystery, but she wanted justice and truth. I  really loved that Kappy was focused on the truth.

I hoped through the book that Kappy would get a puppy, and then Elmer became her pal. This had to be a favorite moment of mine, I love when our characters find a pet. And who could resist the cute puppy described? I couldn’t, so I settled for a stuffed animal puppy. I think that speaks to the author’s ability to involve the reader, I certainly wanted a few puppies after this story.

Amy Lillard has a magic pen when it comes to writing her Amish settings. Truthfully, she is very talented in creating a charming area that you will want to visit time after time. Blue Sky, sounds delightful from the bits we get in this book. I felt as though I would love to be neighbors with Kappy and even Jimmy.

I don’t know if I truly came up for air reading this book. I was instantly drawn to the story and characters, it was the perfect blend of Amish culture, dash of faith and an excellent mystery. I am looking forward to Kappy’s next adventure and her other chapters in her life.

What do you think of this book? Have you read it ?