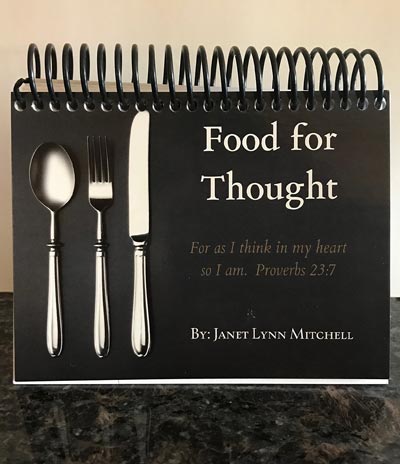 I think I’ve tried every diet known to woman. I’ve eaten grapefruit at odd times of the day and night, drank shakes, limited my carbs and been a member of gyms, clubs, programs and support groups. In other words, I’ve tried it all. To some, managing their weight seems easy. They go about their day not thinking, much less worrying, about their calorie intake. Others, my groupies, can smell cookies and gain three pounds. We know there’s nothing easy about managing our weight. We understand the need for fat pants, the inaccuracy of every bathroom scale, and the agony of defeat. We know that our best efforts have failed. And that’s right where God needs us to be! Through my personal struggle with weight issues, physical limitations for activity, a metabolism as slow as molasses, my love for food, and firsthand knowledge of repeated failure, I’ve quit. I told God that I could no longer be in charge of this area of my life. I’ve searched the Scripture and found that God never intended for me to be in control. For years, I tried to be a ring master, directing the show. And my life concerning food became a circus. It only took a few minutes for me to fall to my knees. I asked God to forgive me for trying to control my appetite and weight on my own. I asked him to intervene-to take over and take charge. I discovered that God would assume full responsibility for my life-including my weight-when I wholly yielded it to him. I spent hours devouring God’s Word. I found Scriptures that applied to my circumstances, then personalized them by changing the pronouns and some of the verbs, claiming these Scriptures as my own. Daily, I prayed these words back to my Father God. And daily, my weight dropped. Through Praying Scripture, I found God cared about my weight, my heart, and my dreams. I found power I didn’t realize I could experience. His Word began to change me inside and out. You too can walk this journey of faith and experience the power of God’s Word.

Candid, dynamic, friendly…and memorable are some of the words used to describe Janet Mitchell. Her fun, engaging style keeps her audiences wanting more. As a master storyteller, she shares her heart, passions and faith, relating incidents from her life that will touch you and make you laugh. Janet addresses relevant life issues and how it just takes one to make a difference in your world!

Janet has held staff positions with Youth for Christ and Forest Home Christian Conference Center and has served as the director of a Christian preschool. Janet is a CLASS Speaker (Christian Leaders, Authors, and Speakers) and is a popular speaker for women’s events, MOPS, family camps and single-parent groups.

As a senior in high school, Janet lost the use of her legs following surgery. On the night of her tenth surgery, she met Marty, who became her cheerleader and was alongside her as she learned to walk again. Eventually, he became her husband. Janet and Marty have been married for over thirty-five years and have three children. Janet’s knee problems reoccurred when she was thirty-two. She was horrified to learn she had been a victim of medical negligence, fraud and concealment. Her additional surgeries had been attempts to correct the mistakes. Janet has since become a voice for others who have suffered medical fraud. Assembly Bill 2571, borne out of her misfortunes, unanimously passed both the California Assembly and the Senate and was signed into state law on August 31, 2000. Her story, Taking a Stand, has motivated others to “take a stand” and remain firm in their faith through the good, bad, and the outrageous.

Janet has been featured on radio programs across the nation, including popular programs such as Focus on the Family and Billy Graham’s Decision Today. Janet has appeared on television programs such as, Fox, CBS and ABC News, Aspiring Women, The Harvest Show, and Chuck and Jenny. Her stories and articles have appeared in the Chicken Soup for the Soul series, Multnomah’s Stories for the Extreme Teen, and in magazines such as Woman’s World, Light and Life, and Celebrate Life. Her Testimony, “When Doctors Make Mistakes,” was published in the July/August 2005 issue of Today’s Christian Woman magazine.

Janet’s book, A Special Kind of Love, published by Broadman and Holman and Focus on the Family, has been highlighted by Rick Warren in his “Ministry Toolbox.” Her Hands on Faith: Family Nights and Hands on Faith: Family Fun books by Carson- Dellosa are now available along with Janet’s five new Praying Scripture Flip Books. Janet’s Taking a Stand was released in November of 2006. It is truly a testimony of God’s faithfulness through the good, bad and outrageous. This past year Janet’s latest book, Words Matter became available. One thing Janet has learned is:

It just takes one to change the world we live in.

You can find Janet on: 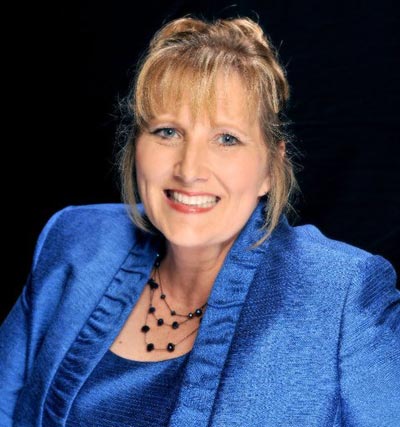 I know with the New Year that I am always on the “get fit and be healthy” kick. Now, that doesn’t mean that I don’t try during the year, it is just easier to make a new commitment to the idea in January. What is nice about this little flip book is that pieces can truly fit a variety of people on a food journey.  The author really covered topics related to weight loss and food relationships.

One of my favorite messages that the author had with scripture was on the Loving Myself page. In fact this entire page was great and the one that I visited the most. I am hard on myself so this page was meaningful in reminding me to allow kindness in my thoughts towards myself.

Now, I liked this book and will certainly find ways to incorporate it into my healthy-ish lifestyle. It would be something to turn to during a plateau or even a bad day. I think many will find it to offer spiritual support to their food journey.

To celebrate her tour, Janet is giving away a grand prize of a $50 Amazon!! Be sure to comment on this post before you enter to claim 9 extra entries! Enter Here!